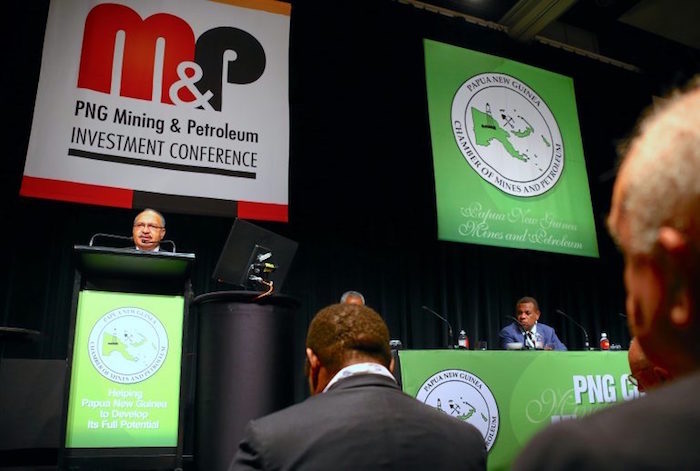 Two recent reports on the massive ExxonMobil-led PNG LNG project have brought renewed attention to the undesirable economic and social impacts of Papua New Guinea’s largest-ever resource extraction enterprise. This research shows that PNG LNG has hurt, rather than grown, PNG’s economy and that it has inflamed violence and tensions in the PNG highlands region. Papua New Guinea’s so-called ‘resource curse’ has hit local communities the hardest.

Violent conflict in the PNG highlands, certainly among the Huli landowners of Hela Province where PNG LNG is based, has been an almost constant feature since before first contact with colonial forces in the 1930s. Levels of violence have fluctuated markedly in response to historical conditions. The 1970s and 1980s were relatively peaceful, as PNG transitioned from Australian administration into the early independence years. But local political frustrations combined with the introduction of guns led to high rates of violence in the highlands around the 1992 elections.

Since that decade, Papua New Guinea’s government services have been in constant decline. A new generation of Huli has emerged that is less educated than the generation of its parents — Huli who were educated between the 1960s and 1980s are more literate and fluent in English than those who were of school age from the 1990s onwards. Health has deteriorated with a decline in health services and the introduction of store-bought processed food. By the late 2000s, when the PNG government was promoting the PNG LNG project as a looming economic miracle for the country, the Huli population was desperate for a project that they believed would raise them from the state of poverty and neglect that had gradually descended upon them since independence.

During the first few years of the PNG LNG project’s construction, it looked as if all its grand promises were being fulfilled. ExxonMobil and its partners invested US$19 billion — a staggering amount for a country whose GDP was a little over US$8 billion in 2009 (just before construction began). Cash was everywhere in the project’s area, and this cash was accompanied by plentiful jobs and shiny new land cruisers. Large machines and heavy equipment were flown into a purpose-built international airport in one of the remotest and most neglected parts of Huli territory.

During these construction years there were significantly lower levels of violent conflict in Huli society. People were living in conditions of hope, and they felt that the material conditions of their lives were undergoing much-desired change. Fighting men had things to do with their lives other than fight. Huli children now expected to grow up to experience a higher standard of living than their parents. In short, Huli society became oriented towards the future, and its history of warfare was part of a social logic that was no longer relevant.

In 2014 construction of the PNG LNG project finished and production of liquefied natural gas began. Jobs disappeared and money dried up, revealing a corrupt elite that had little concern for the impoverished landowners.

Crucially, the landowner beneficiaries of the project had not been identified prior to construction, despite urgings from the companies’ own consultants for them to do so. This has meant that no landowner royalties have been paid. Nothing has come to replace the money that was flowing in during the construction phase — a large portion of which had been invested in the expectation that the new airport would bring in tourist dollars. Guest houses and eco-tourism lodges were built, but the airport remained in the private and exclusive hands of ExxonMobil, guarded by ExxonMobil-funded PNG Defence Force personnel and police. The promises contained in the Landowner Benefit Sharing Agreements with the PNG government began to languish, and frustrations simmered.

By 2016 it was clear that ExxonMobil and the PNG government were systematically breaking these promises and there was a widespread view that the state had little interest in fulfilling its obligations to the Huli landowners. Since 2016 there has been a steady increase in levels of violent conflict across Huli society.

In February 2018, a magnitude 7.5 earthquake devastated communities in the PNG highlands, including those in the PNG LNG project area. This disaster has only compounded frustrations, especially as the PNG government has little capacity to distribute aid and the project’s operator is perceived as being more concerned with protecting its assets than assisting affected communities. Aggravating the situation is the fact that most locals are of the belief that the PNG LNG project itself was the cause of the earthquake.

Hopelessness, frustration and intense anger at the unfulfilled promises of the project’s owners and the government have combined with an ever-growing arsenal of military-style weapons in Hela Province. The viability of the PNG LNG project itself, and along with it the economic viability of Papua New Guinea as a whole, are at risk.

Michael Main is a PhD candidate at the School of Culture, History and Language, The Australian National University. He is co-author of the report On Shaky Ground: PNG LNG and the consequences of development failure, published by the Jubilee Australia Research Centre in May 2018.