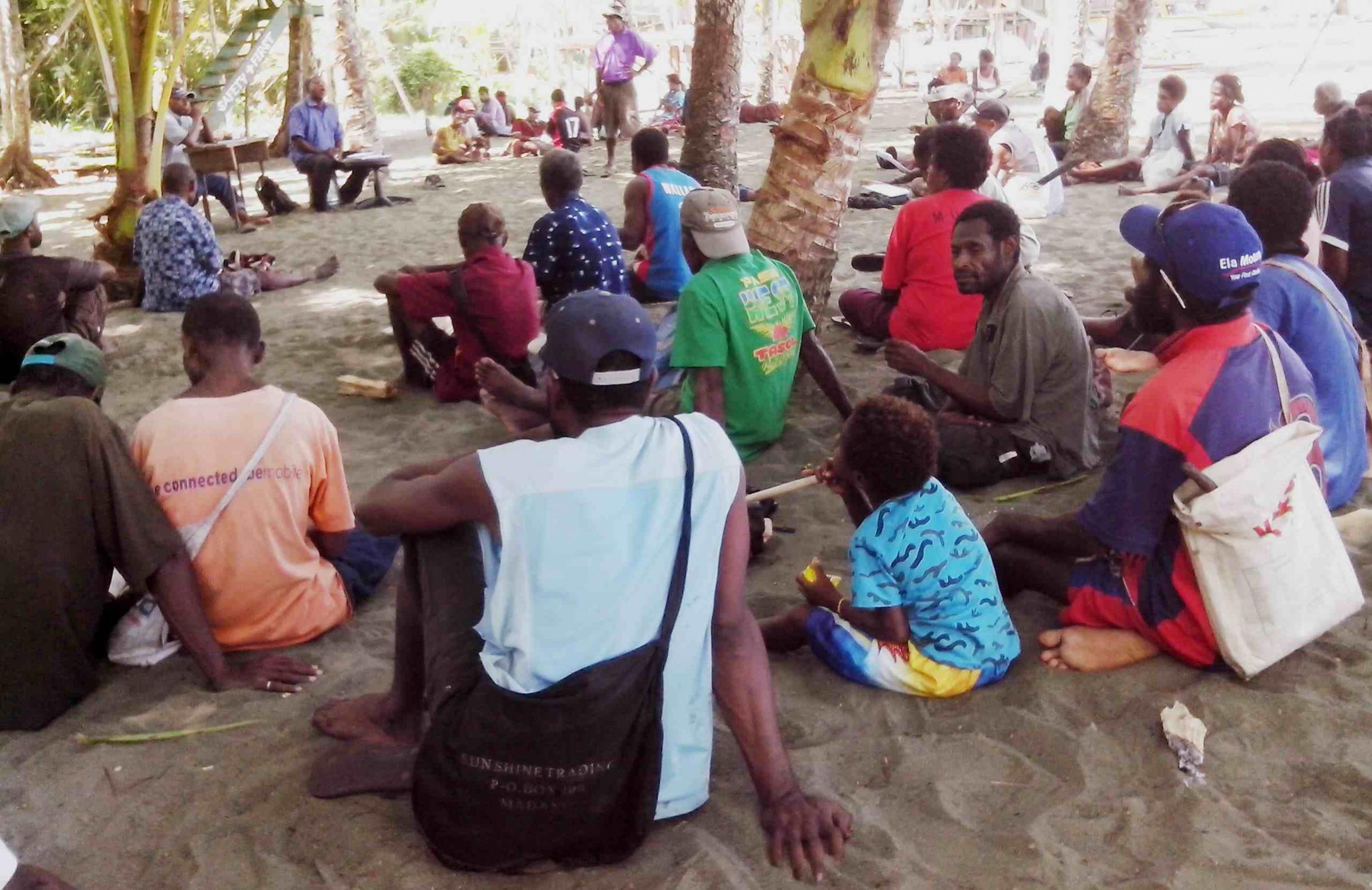 The foreign logging company deemed illegal by the National court is still heavily logging down kwila trees and leaving the land barren in Turubu, East Sepik Province. Despite being called out by the court to stop the illegal logging on portion 144C, these Asian thieves have resorted to other ways to continue stealing the kwila trees behind the back of the laws of this land.

The Turubu landowners are furious over the Asian Logger’s vicious attitude toward the court’s decision and their wishes to stop cutting down the trees. They said apart from moving this ‘Land Theft’ case to the Supreme court, the company has been entering villages both at night and daytime, making false promises and forcing people to sign all kinds of agreement forms without giving them time to read through and understand.

The trick that this foreign logger’s using is that it’s splitting itself into little groups with different names, pretending to not be the same company that they challenged and defeated in court.

The people have realized what’s going on and are calling on Prime Minister Peter O’Neil as a Papua New Guinean, to be a man and implement the Commission of Inquiry’s recommendations now and protect the country, and its laws that are being thrashed. They said the Prime Minister must complete what he started, with this much controversial Special Agriculture Business Lease (SABL) scams before things take a different turn on the ground.

The Logger has taken the case to the Supreme Court to be heard next month (February), and while waiting, and no doubt while that will happen, the logging will still continue. Masses of land are left barren every day as a result of non-stop logging by these thieves in broad daylight and no one raises a hand because these loggers use the all too familiar phrase, ‘Until proven guilty, the matter is before the Supreme court.’

The people have cried tears of joy over their victory in the national court last year against the Loggers, but little did they know that the game may have just started. That the real deal is yet to come, and that they will have to make that winning move to get rid of these disrespectful kwila thieves on their land once and for all.

The COI into the SABL scams around the country found that more than 5 Million Hectares of Land in Papua New Guinea has been fraudulently leased. It is said that in most cases except 4, there was no consent of any kind whatsoever from the landowners and the applications used contained serious flaws.