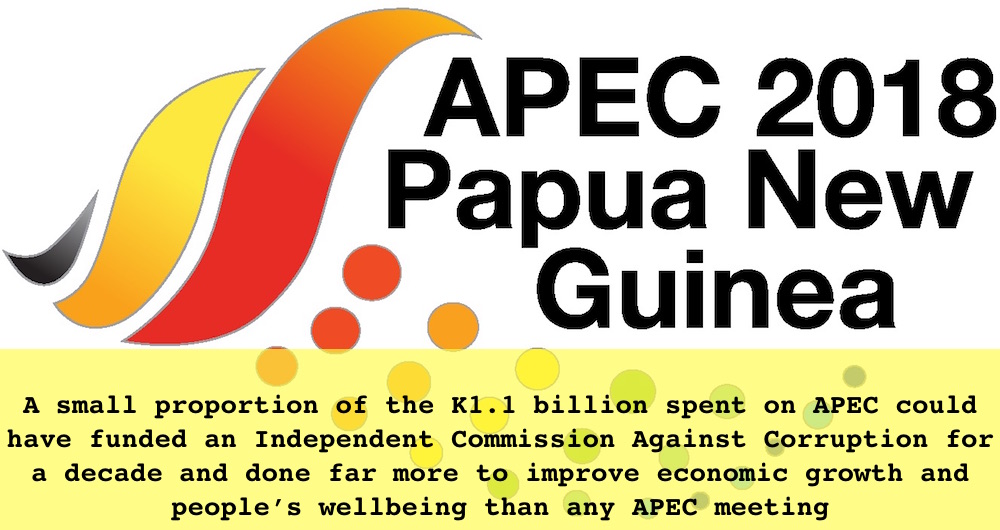 It is six years since Prime Minister Peter O’Neill promised the country an Independent Commission Against Corruption. Yet that vision is no closer to being realised today than it was in 2012.

Peter O’Neill has totally failed to live up to his promises in both the 2012 and 2017 Alotau Accords that the government would establish an ICAC.

The impact of not having a dedicated anti-corruption agency that is politically independent, fully resourced and that has full powers of arrest and prosecution has been devastating for our economic well-being and the quality of life for ordinary people.

Delegates at last weeks APEC Anti-Corruption and Transparency workshop repeatedly spoke about how corruption inhibits development and is a serious threat to economic growth [1], yet PNG had almost nothing to show in terms of progress under the United Nations Convention on Corruption. [2]

In PNG we repeatedly hear that a large-proportion of the national budget is lost every year to corruption, taking money directly from health and education services.

We also hear about the high costs that businesses have to endure as a result of corruption. Costs which reduce profits, lower employment and limit investment. Yet the government has just dragged its feet for year after year over an ICAC.

While together, PNG, Australia and China are spending more than K1.1 billion [3] on the whole APEC extravaganza in Port Moresby, a tiny proportion of that money would have been sufficient to fund the operations of a robust, independent and well staffed ICAC for more than a decade.

Ridding PNG of the scourge of corruption would do far more to assist development in PNG and ensure the well-being of our citizens than a huge party for the world’s leaders and their entourages.

Perhaps in November, when the leaders from the world’s two biggest economies will be here in PNG, they will ask the Prime Minister why he has not established an ICAC and whose interests he is protecting.