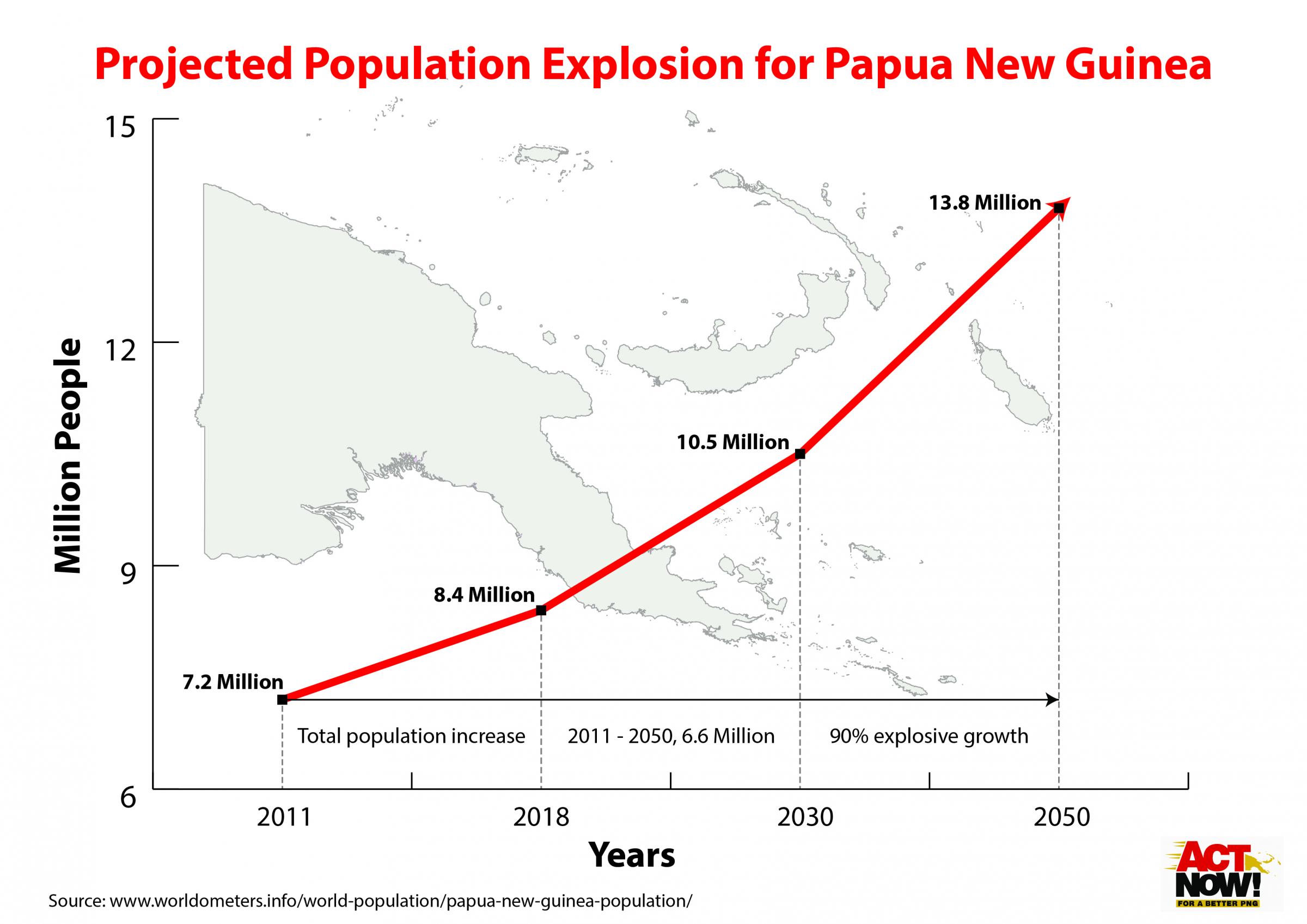 This increase in population cannot go unnoticed by the government.

Our customary land is already very valuable and when we allow outsiders onto our land, whether under the guise of logging, mining, oil palm or other activities, we lose a vital asset; one that is only going to be even more crucial for our children and their children's children.

Retaining control of customary land will help reduce the impacts of PNG’s population explosion by providing a home, food security and employment for our children.