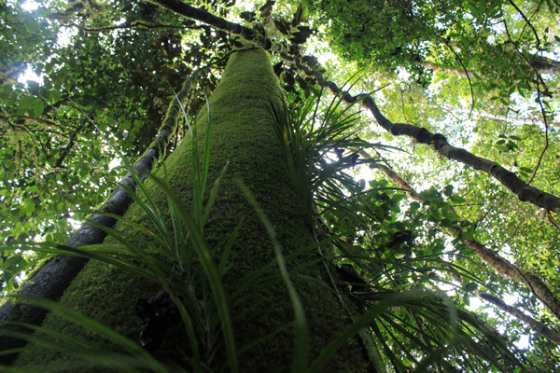 Special Agriculture Business Leases (SABL) have been used to secure the mass alienation of over 5 million hectares of customary land for periods of up to 99 years.While the debate over cancellation of the leases rages on between civil society groups, affected landowners and the State, it is interesting to examine what the Courts have said about these land deals.

Since 2007 there have been five reported legal cases in which the validity of an SABL has been challenged through the Courts. In all five cases the courts have found the SABL was not granted in accordance with the law and proper process and the breaches by Department of Lands Physical Planning (DLPP) were so serious that the lease was declared null and void.

These findings add weight to those of the SABL Commission of Inquiry which also found serious breaches of the law and proper process and recommended all but four of the 42 leases reported on be revoked.

Here is a brief summary of the Court cases:

A SABL over 211,600ha of land at Portion 16C, Milinch Gona, Fourmil Tufi was granted to Muida Holdings Limited in December 2008. In finding the lease null and void the Court declared that:

“The procedures for acquisition of the land by the State under Sections 10 and 11 and for granting of the lease under Section 102 were not complied with as the customary landowners or at least a substantial majority of them did not agree to either process…The errors of law were significant. The acquisition by the State of customary land, by lease, under Sections 10 and 11 of the Land Act and the subsequent granting of a lease by the State to a lessee can only proceed lawfully if a substantial majority of customary landowners agree. There was a lack of agreement in this case at both stages of the process…The Secretary's decisions to grant the lease were seriously flawed and therefore his decisions were quashed and the leases declared null and void.”

This case also involved a SABL granted over an 8.51 hectare block of land at Taurama Valley in the National Capital District in June 2010. The Court found that the procedures in the Land Act were not followed and the Minister erred in law by:

•  not meeting with the plaintiffs and agreeing on the terms and conditions on which the land would be acquired by the State, contrary to Section 10(2)

•  not inquiring into and being satisfied of the use of the land, contrary to Section 10(3)

•  not ensuring that an instrument of lease in the approved form was executed by or on behalf of the customary landowners, contrary to Section 11(2)

•  granting the lease to the fifth defendants, who had not been appointed by the plaintiffs or their clan members, contrary to Section 102(2)

The errors of law were so numerous and serious as to amount to constructive fraud. The Court' quashed the lease and the lease was declared null and void.

"To lawfully grant a Special Agricultural and Business Lease over customary land the Minister must comply with all of the requirements of Sections 10, 11 and 102”.

“The elaborate procedures in Sections 10, 11 and 102 of the Land Act have been inserted for a reason: to ensure that leases over customary land are granted only after a thorough identification and investigation of the land and the customary landowners and their agreement to what is proposed. In PNG land is a critical natural resource required by National Goal Number 4 to be conserved and used for the benefit of the present generation and for the benefit of future generations”

“Decisions about the transfer of interests in customary land must be made carefully and thoughtfully and in strict accordance with procedures prescribed by law."

This case involved a SABL over Portion 144C, East Sepik Province, granted to Sepik Oil Palm Plantation Limited in September 2008. The judge reiterated that in order to lawfully grant a Special Agricultural and Business Lease over customary land, the Minister must comply with all the requirements of Section 10, 11, and 102 of the Land Act.

In this case the Minister had failed to comply with those Sections.

The court also found the SABL was issued in breach of S.53 of the Constitution, in that the landowners were unlawfully deprived of their customary land.

For these reasons, the SABL was declared null and void and "Any other related actions or projects undertaken or done either pursuant to or in relation to the SABL, such as logging agreements and or planting of oil palm in the SABL area are also declared illegal and null and void".

The court ordered the original owner copies of the title deeds be surrendered to the Registrar of Titles for cancellation and the Registrar to make all necessary amendments and deletions to the Register of State Leases to give effect to the Order.

These five cases have made it to the Courts because of the determination and drive on the part of landholder groups to organize, fundraise and seek justice from the Court. But what about the numerous others cases stalled in the judicial process or which are unable to even be registered because landholder groups do not have the means to engage in a court battle? When is the State going to intervene on behalf of its people and ensure the rule of law is upheld? What happens when the State fails to protect its own citizens where they suffer as a result of negligence on the part of State agents and employees?

While we wait to find the answer to these questions, the National Elections approaches!