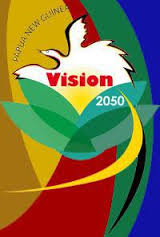 Act Now has commissioned an Analysis of PNG Vision 2050 on the question of whether the Vision is consistent with the National Goals and Directive Principles (NGDP) in the PNG Constitution. The Report was compiled by Mr. Patrick Kaiku a lecturer in Political Science at UPNG. The findings will be discussed at a public seminar on Friday 28 August 2015. See below for details. The Report itself will be publicly available during PNG's 40th Independance celebrations...
#‎PngWays#

The Political Science Department would like to invite students and the public to attend its second seminar for this semester on Friday 28th August, 12noon - 1pm at the UPNG School of Humanities and Social Sciences Conference Room.

This presentation will be given by Patrick Kaiku. Patrick Kaiku teaches in the in political science strand at UPNG. Mr. Kaiku will be presenting on his topic:

It is becoming common practice for policy-makers to cite the National Goals and Directive Principles (NGDPs) as guiding parameters in their writing up of policy directives, national plans or other such documents of public significance. But do these national policy documents actually reflect the intentions of the NGDPs? I argue that the use of the NGDPs in national policy documents is a convenient way of invoking any semblance of legitimacy and authoritativeness, and especially when the government claims to conduct its affairs on behalf of the people.

After all, the Constitutional Planning Committee (CPC) intended that the NGDPs guide national decision-making and development thinking in post-Independence PNG. The CPC also proposed that the NGDPs become the “philosophy of life” for ALL Papua New Guineans. How Papua New Guineans have reinterpreted the NGDPs in their framing of the Vision 2050 will give us an indication of the challenges PNG is presently confronted with.