Some Thoughts on Rethinking PNGs Foreign Policy on West Papua 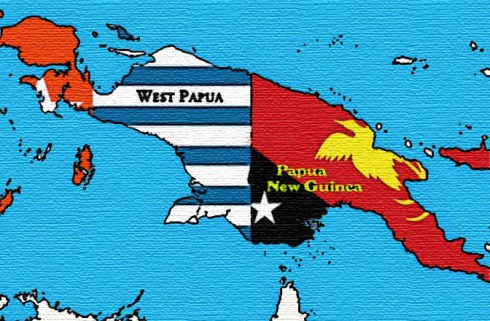 Those who support a free West Papua are accussed of being naive and less in tune with the harsh realities of life, especially as it pertains to international affairs. When you you assess Indonesia’s military might as compared to PNG, we are but a minnow and may at best put up only a few days resistance. Their army, naval power and aerial superiority would render us powerless in no time. This is the advantage that Vanuatu has because it doea not share a land border with Indonesia/West Papua to maintain its defiance of Indonesia.

There is also the economic gains to be made from closer ties with Indonesia. Their large population present a potential market for many of our goods and services. Our desire to join APEC and Indonesia support for us makes it an important economic partner. It is therefore important that PNG recognizes Indonesia’s territorial reign over West Papua.

That has been the status quo since PNG attained independence in 1975. For the most part the relationship between PNG and Indonesia has been cordial. It would therefore be silly to rock the boat. The advantages therefore seems to favour PNG maintaining the status quo.

But that does not mean we must not critically re-examine our post-independence position. What are these factors that lend support to PNG changing its focus?

There are many that can be advanced- such as the fact that West Papua is culturally different to Indonesia; the act of free choice was really an act of no choice; the alleged genocide that is going unabated; transmigration of the Javanese into West Papua; and the lack of media freedom in West Papua. These are all nobel causes that demand that PNG and indeed the international community support West Papua. Sadly these are not the kind of reasons that can move the PNG government or any other country, even the UN. What can change the government’s perception?

We need to argue that it will be in Papua New Guinea’s national security interest if West Papua is free. Just like Papua New Guinea is a buffer for Australia, West Papua can provide this buffer for PNG and reduce potential Indonedian influence from our doorstep. Indonesia is largely a Muslim country and though the majority of its population are peace loving people there is the element of risk of terror attacks such as seen in Bali that we need to be aware of and prepare for. Territorial space can be a security advantage. The recent military incursion into Bewani by Indonesian helicopters should be a wake up call in this regard.

In terms of economic ties an admission of West Papua into the MSG and PIF will provide a bigger market for trade of goods and services. West Papua like PNG is rich in natural resources and will naturally turn to PNG for assistance for development and trade. Our economic cooperation will be aided by our cultural affinity.

The way forward is for PNG to convince Australia to see its national security position. Furthermore, that it would also be in Australia’s interest for a free West Papua. Why Australia? Unofficially Australia is Papua New Guinea’s guarantor of security. Australia is also a key ally of the US and we need Australian influence to talk to the US who have large commercial interest in West Papua. The way to get Australia to listen to PNG is to quietly look to military assistance from Israel. Australia would not want this. Once we get Australia on board, the plan is to move for regional support, firstly through MSG, then PIF and then the United Nations. The ultimate aim is to use the Pacific regional block to get the United Nations to conduct a referendum as was done in Timor Lester and will be done in Autonomous Region of Bougainville. Alternatively, West Papua should be placed on the UN Decolonisation Committee just like New Caledonia and French Polynesia.

The MSG than as a block can move the PIF to action. PIF should be used rather than the PNG government/MSG going alone, again for security reasons. Once it becomes a regional mission, it would be difficult for Indonesia to use its military might against any one country such as PNG.