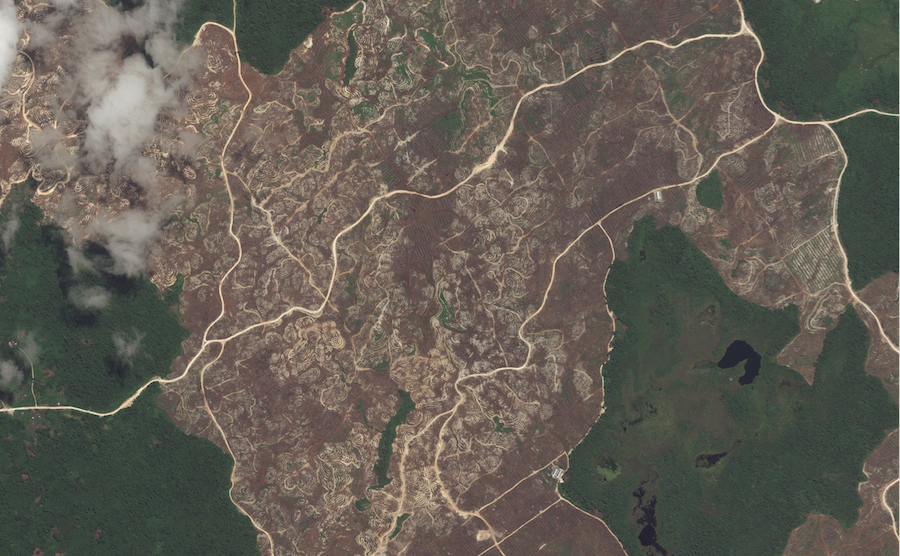 The people of West Pomio in East New Britain Province lost most of their land and forest under the controversial, government-backed, Special Agriculture Business Lease scheme.

Today, some eight years after a Commission of Inquiry condemned the SABL program, there are still a number of active SABLs in the West Pomio area with Rimbunan Hijau, the major player in both logging and promised oil palm.

It is only now though that the people of West Pomio are feeling the real consequences of the wrong decisions made 10 years ago and of what they themselves invited in upon their communities.

People enjoyed the first three years of logging, from 2010-13, when they were receiving payments from export royalties. In those days, I stood alone most of the time, being shamed for fighting the corrupt land dealings on my own. Meanwhile, around me, people were drinking alcohol into the night, something never seen before.

Today though everyone is back to square one. The Asians have distanced themselves, married local girls, and now live a higher standard of life than the local resource owners.

The empty promises of water, electricity and other developments have not been fulfilled. The government funded road from Palmalmal to Mu Village and Pomai Villages is not being maintained and upgraded as promised. All the talk of assisting with building classrooms never came to anything.

Environmental issues are now a grave concern as well for the local people.

Our pristine forests have been destroyed over night and now we have an oil palm plantation which is destroying our river and the ecosystems we once enjoyed.

The waste coming out of the oil palm factory is killing the mangroves on the Lodi River and the lagoon leaving a permanent scar. Most water sources we drink from daily are contaminated with chemicals and fertilisers from the oil palm plantations.

Social issues have also escalated to levels never seen before. Drug and substance abuse is on the rise and there is even the trade and cultivation of drugs in the oil palm camps. Consumption of home brew is also on the rise, increasing the negative influences in the villages around the oil palm plantation.

People are also now forced to rely heavily on store foods resulting in food security issues when money is not available as promised land rental payments are not being made.

Other issues include the non payment of compensation to injured workers.

After the Commission of Inquiry found the SABL leases were illegal, the government promised to cancel them and restore stolen land to the customary landowners. Those were empty promises, just like the promises of the logging and oil palm companies.

In West Pomio we are still suffering the consequences of the government’s ongoing collusion with foreign companies.