Promised ICAC will not be Independent 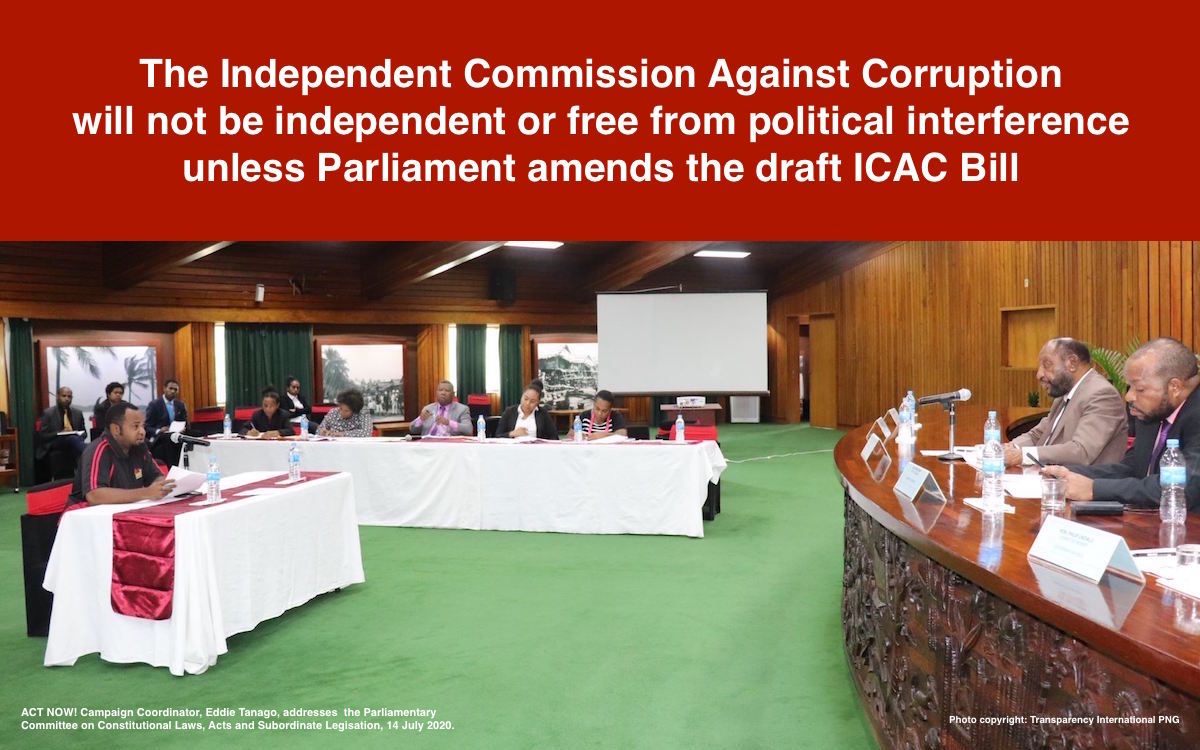 The Prime Minister will also have an absolute power to block investigations into corrupt conduct where he determines the matters under investigation should be kept secret on the grounds of national security, international relations or the public interest.

Both these provisions are completely unacceptable and fundamentally undermine the basic principle of an ICAC that it must be independent and free from any possibility or even perception of political interference.

The power to block investigations on the grounds of national security, international relations or public interest is one that should be given to the Chief Justice who should make a determination on the basis of arguments from both the government and the ICAC. It should not be an absolute power given to the Prime Minister.

The flaw of including two politicians on the Committee is compounded when we look at Section 139, which deals with the quorum for Committee meetings. The quorum is set at just three members, and although four must agree on any appointment decision, that gives an effective power of veto to the politicians.

As well as the Prime Minister and the Leader of the Opposition, the Appointments Committee will comprise the Chief Justice, Chairman of the Public Service Commission and the Chairperson of the PNG Council of Churches.

Both the Chief Justice and Chair of the PSC are also appointed by committees that are chaired by the Prime Minister, creating another avenue for possible bias or at least its perception.

The criteria for membership of the Oversight Committee make very clear that anybody who is or has been a member of the National Parliament or a Provincial Assembly or is a public official cannot be appointed. If this is a necessary criteria in relation to the Oversight Committee it is illogical and contradictory for the same rule not to apply to the Appointments Committee.

The positions of the Prime Minister and Leader of the Opposition on the Appointments Committee should be replaced with two representative from civil society and the business community, such as the President of the Chamber of Commerce.

Failure by the government to amend the draft law to remove the opportunity for political interference will mean any public trust in the ICAC could be fatally undermined before it has even been established.

Prime Minister James Marape has made the establishment of an ICAC a central pillar of his pledge to taking back PNG and stamp out rampant corruption.

If he allows the ICAC Bill to be passed in its current form without removing the obvious opportunities for political interference he will have failed a major test of his leadership.

The full Submission presented by ACT NOW! to the Parliamentary Committee on Constitutional Laws, Acts and Subordinate Legislation can be downloaded below