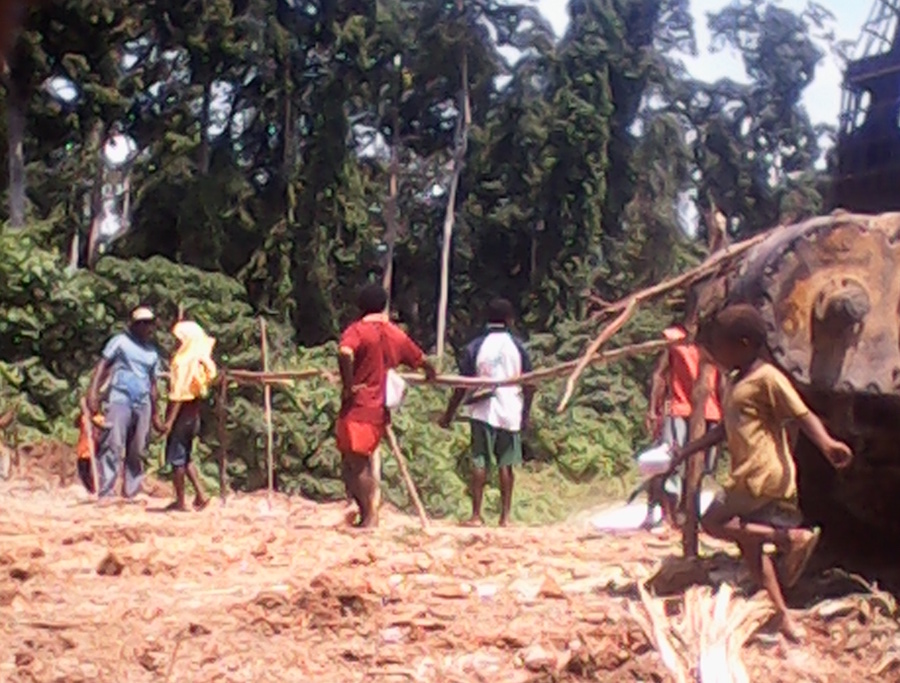 Police stationed at logging camps in the Pomio district of East New Britain are continuing to intimidate and threaten landowners protesting against illegal SABL leases and wide spread logging.

The landholders from Totongpal and Manginuna have been maintaining a roadblock against illegal logging since early last week. On the 25th ten community members were arrested trying to stop logging machinery encroaching onto sacred sites and conservation areas.

But as of this morning, the people are still maintaining their barricades, despite threats from the police they will be forcefully removed.

Meanwhile, a group of villages, led by Moses Sarere in Mauna, are trying to stop logging giant Rimbunan Hijau extending its logging and oil palm plantations into the Unung Sigite SABL area. The traditional landholders say the lease was unlawfully issued without their consent.

The men arrested at Manginuna were taken by police to Palmalmal and held overnight. Two of the men sized by police to were the local Ward Members.

The men were released without being charged late on Wednesday evening. The police warned them not to try and block the logging machines again, but Thursday they were back with their fellow villages trying to protect their customary land.

The communities were again confronted by police who intimidated and swore at them and then tried to pick on the women, with nasty sexual insults. The police also smashed the phone of one young man who had captured pictures of the police action.

Rimbunan Hijau has police deployed at Mu, Drina and Palmalmal to try and intimidate landholders and stop any protests. The police intimidation and violence in the RH logging camps has previously been documented in an inter agency report. But despite the public findings the police actions have continued unabated.