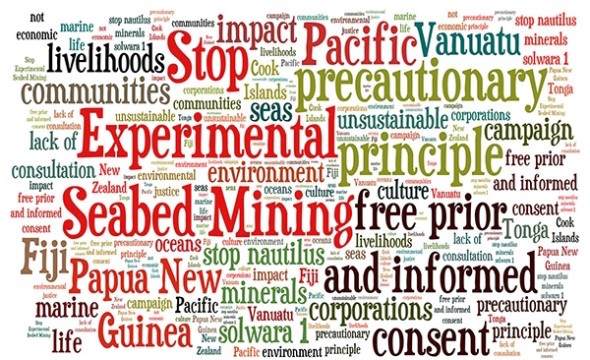 A mining company has lost a bid to overturn a decision preventing it from mining millions of tonnes of ironsands off the coast of Taranaki.

The Court of Appeal has dismissed an attempt by Trans-Tasman Resources to overturn a 2018 High Court decision quashing the original consents.

The Court has found there were multiple errors of law in the approach of the Environmental Protection Authority’s decision making committee (DMC) when granting the original consents.

It said the committee, which required the casting vote of its chair to grant the consents, focused too much on managing the impact of the proposed project instead of its primary objective of protecting the environment.

“The DMC erred in focusing on the sustainable management objective that applies to all marine consents under the Exclusive Economic Zone Act, and failing to give separate and explicit consideration to the environmental bottom line of protecting the environment from pollution caused by discharges of harmful substances.”

The Court also found Treaty of Waitangi principles were not adhered to.

“The decision from the Court of Appeal just slammed the Environmental Protection Authority and raises just how shamelessly iwi interests were just disregarded. That’s a huge part of the win today. One we were able to stop this type of activity but also we were able to have validated by the second highest court in the country how important our kaitiakitanga is and how important our environment is.”

“This was the third time that we’ve been in the courts to stop seabed mining. As kaitiaki, we are clear that we will do whatever we can to protect our moana. Even with this decision we will need to stay vigilant, and we will be continuing the fight for a ban on seabed mining across the country.

“Seabed mining is risky and untested. Trans-Tasman Resources are wanting to use our moana in South Taranaki as a testing ground. This could have disastrous impacts on our lives, our abundant sea life, our food supply, our commercial fishermen, and the future of our tamariki.”

Forest and Bird chief executive Kevin Hague said the decision was important as New Zealand considered how to rebuild its economy after the shock of the Covid-19 virus.

“Forest and Bird stands very firmly in the camps that says we need to rebuild an economy that respects and restores the environment and doesn’t just extract from it as Trans-Tasman Resources wanted to do.”

Hauge said if the company was successful in getting consents it would set a dangerous precedent.

“It would’ve opened the door to other companies that also want to the same kind of seabed mining and that would be a very bad thing for New Zealand.”

He said it would have been devastating to the undersea environment. “Trans-Tasman Resources were proposing to spend the next 35 years sucking up 8000 tonnes of seafloor every hour. This activity would likely kill everything on the sea floor, and severely disrupt the habitat of blue whales and other sound sensitive creatures.

“The Taranaki sea is habitat for 34 species of marine mammals, including Hector’s and Māui dolphins, humpback whales, and New Zealand’s own population of blue whale,” Hague said. “Forest & Bird’s team are celebrating for them, for iwi, and for New Zealand.”

If Trans-Tasman Resources’ applicaton was successful, it had wanted to mine for iron ore in a 66sqkm area of seabed off the Taranaki Bight. The company intended to dig up to 50 million tonnes of sand each year, extract the iron ore from it, and dump the residue on the sea floor. It had said the scheme would create 300 jobs and add $160 million to New Zealand’s GDP.