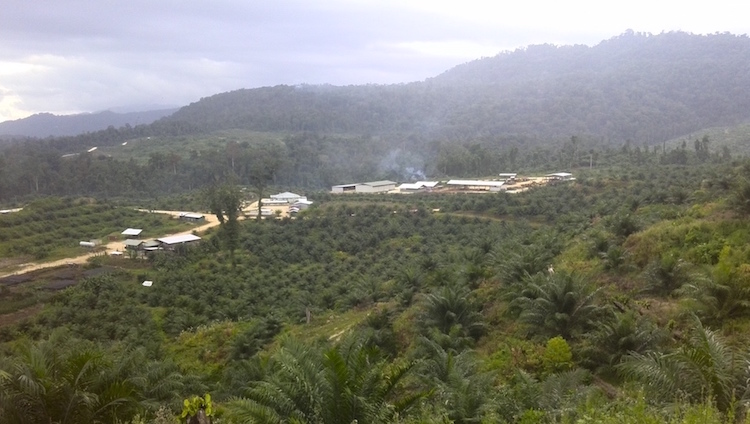 Customary land registration processes can easily be captured by local ‘big men’ and companies with disastrous consequences for local people. This is the conclusion drawn in a study on recent oil palm expansion in Papua New Guinea by academic Caroline Hambloch from the University of London.

Hambloch’s paper is titled ‘Land Formalisation Turned Land Rush’. Its findings are based on three months field research in East and West New Britain. The paper was presented at a World Bank conference in Washington earlier this year.

The paper demonstrates how land registration processes, rather than protecting customary land, can easily be used to disenfranchise local communities and alienate them from their land. This is because of an environment of weak governance and huge power and information imbalances.

Hambloch details how PNG’s weak or non-existent state capacity for regulation and enforcement of laws have been exploited by logging/oil palm companies who have surpassed various government agencies.

The results have been disastrous for local communities. They are experiencing worsening poverty, increasing wealth inequality, increased conflict and a lack of basic service provision such as roads, schools and health centres.

The study is very important for Papua New Guinea as it exposes and debunks the myth that land registration or ‘formalisation’ is necessary to generate income, improve productivity and drive development.

This is a theory that has long been backed by the Food and Agriculture Organisation, World Bank and foreign governments and has therefore dominated the development discourse in PNG. It is frequently repeated by government Ministers, industry bodies and ‘think tanks’ although it is not supported by the evidence.

Hambloch’s study reveals that rather than increasing agricultural activity and national income, customary land formalisation has had the opposite effects, deepening poverty and retarding economic growth. It has also ‘exacerbated deeply-rooted, pre-existing power relationships at the national and local level, as local powerful ‘big men’ have abused their power to exclude other customary group members from land decisions’.

Hambloch argues that further understanding is needed of the nuances of customary land tenure and to detail the power relationships within communities and at a local and national governance level if land policies are to successfully address economic and development goals.

The author argues the recent oil palm projects are ‘non-inclusive and unsustainable’ and ‘effectively unregulated’. They have been initiated primarily as logging projects and are geographically unsuited to oil palm. The land formalisation process was dominated by a select group of actors in patron-client relationships. This has led to local and provincial government departments being sidelined, land consultation and awareness with local communities being completely neglected and many people,especially women, not being involved in decision making. There was no proper awareness and consent, agreements are unreasonable and unfair and rents negligible and ‘insufficient for the economic development of affected communities’.

Weak governance and corruption are the major inhibitors to economic development in Papua New Guinea and are preventing equitable income generation and wealth distribution.

This means attention should be focused on strengthening state institutions to ensure transparency,explicit oversight and effective monitoring of large-scale projects. At the same time customary land tenure should be legally recognised and user rights protected while systems are put in place to ensure free prior informed consent and equitable and fair benefit sharing.