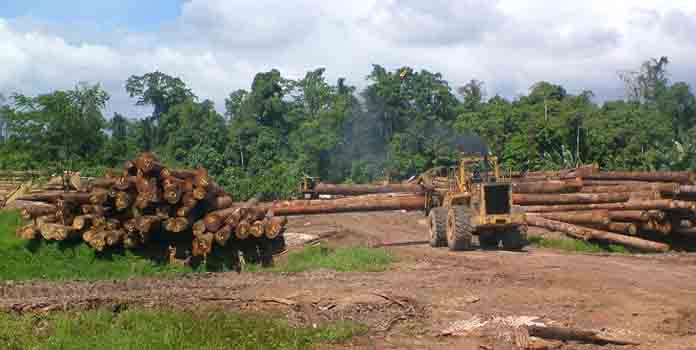 The National court has declared two agriculture and business leases of SABLs covering over 38, 000 hectres of land in Northen Province null and void, and further ordered the State to cancel thier titles.

The court decision was made on May 20 this year. The cancelation of titles and leases has been registered by the Registrar of Titles, effective 7 July. The SABL titles were issued on traditional land portions 113C in Collingwood Bay in Tufi, covering a land mass of 38,350 hectares. The area covers nine local tribes.

In 2012 the acting Secretary for Lands Department issued a 50-year SABL lease to Sibo Management Limited over portion 113C. The Acting secretary also granted another 50-year SABL leave to Wanigela Agro Industrial Limited for portion 143C. The two lands were then sub leased to ANG Agro Forest Management Ltd under the SABL ANG Agro placed the assests under a company called Collingwood Plantations and sold 51 per cent of the company to another company KLK for some millions of kina.

The two leases were issued by the Department of Lands despite a government moratorium on new SABLs and a Commission of Inquiry. It was a big concern to the landowners as they did not given thier consent for the leases. The landowners sought support from the provincial government, NGOs, and individuals and initiated the court proceedings by way of judicial review. The court upheld and declared the two leases null and void after finding that they (SABL leases) were obtained despite disputes by parties concerned with proper processes.

These companies no longer have any legal justification or right to remain in Collingwood in welcoming this victory, have invited stakeholders and individuals who have been supportive in this fight leading up to thier court victory to celebrate with them and to look at ways foward.

The invited team of delegation was working committee on the groud and lawyer who represented them in the court and representatives from NGOs such as CELCOR, and Partners with Melanesias and Eco-Forestry Forum.

The team spoke to people in Collingwood on educational information as to what they should do now and in future to protect thier environment.