International research shows corruption is costing Papua New Guinea billions of Kina every year and it is ruining our economy and impoverishing the nation.

The best way for us to increase economic growth and boost the size of the economy is for the government to implement a comprehensive plan to tackle corruption.

To help the government and policy makers ACT NOW! has published an analysis of the economic costs of corruption and the measures needed to ensure we have an open and transparent government.

While the government says it is commited to establish an Independent Commission Against Corruption, corruption is so entrenched a single institution cannot bring it under control.

What is needed instead is a whole set of reforms that empower the entire nation to be actively involved in ensuring good governance.

Ordinary citizens, the business community, churches and the institutions of government, all need to be given the tools to play an active oversight role. 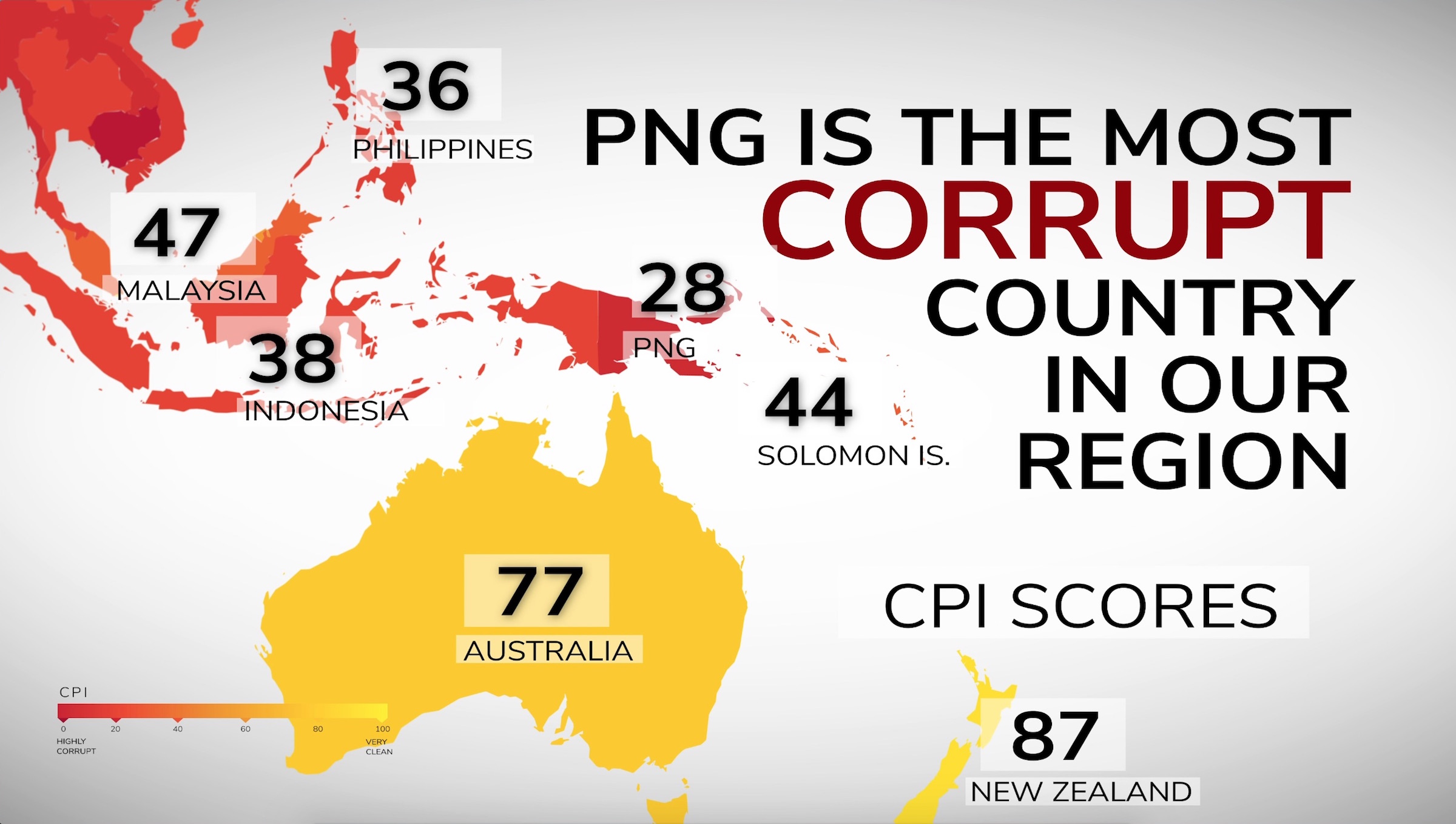 In contrast, New Zealand had the second best score in the world, 87, Singapore was ranked equal third with 85,  Australia scored 77, Malaysia 47, Solomon Islands 44, Indonesia 38 and Philippines 36.

International accountancy firm Pricewaterhouse Cooper (PwC) has used global economic data to estimate the benefit of a one point improvement in CPI scores.

That PwC analysis shows that just a one point improvement in PNG’s corruption score could boost the economy by K10 billion. That is equivalent to a 14% increase in our Gross Domestic Product or K1,200 for every man women and child in the country.

If PNG could improve its corruption score by 8 points to match the next worse country in our region which is the Philippines with a CPI of 36, our economy could more than double in size to $45 billion.

The easiest way for the government to grow the economy and improve people’s livelihoods is therefore to tackle corruption head-on by ensuring its decision making is open and accountable.

ACT NOW! has used extensive research, benchmarked international best practice and consulted widely to identify 19 measures the government should adopt. It the measures are implemented, PNG could even challenge New Zealand as one of the most open and fairest societies in the world.

If our CPI matched that of New Zealand, our economy could also possibly match theirs and be worth upwards of $200 billion a year.