The Protection of the Customary Rights of the Sausso People

We will leave behind legacies. When your grandsons and the future generations think of us, they will always remember us not as idiots, but as legendary Sausso nien.

The issue of Protection of Customary Land is always close to the hearts and minds of clan elders in every society in Papua New Guinea. Those tribes and clans whose customary lands are within urban settings face a special challenge different than in rural isolated villages.

Most lands in urban centres have been declared as State Land and are in the hands of individuals as lease-holders or the government.

New business ventures and the 'no-accommodation' policy of many employers have compelled corporate entities and individuals into dealing with many customary land owners to buy or lease land for their use. The question is, if all land is sold out or put on lease, what land will be available for the use of our future generations?

With that in mind, the agenda of The Protection of Customary Land Rights of the Sausso People of the Sepik Plains gave me the drive to find out who Sepik Agro Industries Limited (SAIL), a business entity, and Richard Maru the owner of the company are, where they came from, how they claimed ownership and land titles over an estimated 100,000 hectares of grassland in the Sepik Plains compromising the six districts of East Sepik Province as gazetted in the National Government Gazette in 2015.

In the endeavour to find information, I come across a lot of helpful and resourceful people who provided guidance and assistance towards gathering information and materials. In particular, I acknowledge the mainstream media for publishing certain news articles on the much talked about Special Sepik Plain Economic Zone (SEZ) that was an O’Neill-Dion priority project and now an O’Neill-Abel priority project in the Government’s 100-day economic recovery plan. In my endeavour and talking about Customary Land Rights of the Sausso constituency I learnt that their consent was allegedly bulldozed by certain project managers and officers of the State Minister through the Power of Attorney concept.

The other important message in this is there are no market values for customary land in PNG, so how do customary landowners assess their land or value their land in the face of land grabbing? This is occurring not just through unlawful leases, but also through logging, agricultural and mining permits and other legal instruments issued without free, informed, prior consent of customary landholders.

I have also gained insight in how the State Minister interacted with the people of Sausso constituency to align them to ensure his return as their MP for another term.

My research and understanding of Customary Law in relation to land matters and relevant provisions in the Constitutions of PNG, the Land Act, Land Registration Act, the Land Dispute Act, and the Village Court Act greatly guided my thoughts to write for public scrutiny.

At this juncture it would be necessary to declare that the Sausso poniengus have no history or related customary obligations or genealogy with the descendants of the said Minister of State.

How the forefathers settled and became inhabitants of those lands over countless years and how their generations evolved is the story of the past and not to be shared. In those times, none of Pachenians partnered to wage war on their rivals so it could be a story for the State Minister to acquire land titles in respect of his ancestor’s bloodshed.

It was through conquest that they acquired land; continuously using it for hunting and gardening until the white men arrives.

The Chiefs of Sausso at the time decided that there must be a clear demarcation of land boundaries to allowed clear ownership and control of the land and that the land boundaries were set for the twenty-one (21) ward councils of the Sausso Local Level Government Council as it is today.

The concept of land in the traditional society of the Sausso people follows a patrilineal system, which is similar to all the Sepiks and some other parts of Papua New Guinea. The male persons in the clan are appointed to take control and trusteeship of the clan land and other properties.

The traditional approach to the right land usage is that, the chief usually gets requests or is advised by an elder representing a family of their wish to make garden or a house in a certain block of land. The Chief, if he sees that there is no conflict then gives permission. The family usually prepares a meal for the chiefs and elders to say thank you. The land after the use remains the property of the Clan and under the trusteeship of the chief and elders.

To the present time, unfortunate events occur where customary lands are seen as vacant, ownerless or waste lands. Without respect to customary landowners, portions of land were taken by some very 'clever idiots' turning it into State Land but due processes as prescribed under the Land Act, (Purchase Agreement and Compulsory Acquisitions) to acquire land had irregularities and was non-compliant to statutory requirements. It was illegal.

The basis of land holding rights is according to the customs of Sausso people. Customs forms part of or is one of the laws of PNG. On that basis the popular perception of Customary Land owners is that:

The statement resembles the Preamble contained in the Constitution, being the Supreme Law of the land (Mama Lo):

The Mama Lo is also the source of our National Goals and Directive Principles that embodied our nation’s legislative and policy appraoch for creating wealth and equal distribution of that wealth.

Customary Land Rights are now legislated and provided for under The Lands Title Commission Act s(42) (1) (b), which says:

for the purpose of the Commission, in relation to the ownership of native customs, are regarded as owners of native land shall be treated as the beneficial owners of that land by native custom

Alienation of land to the State begun somewhere around 1884, at the time Commodore Erskine proclaimed that 'no acquisition of land, whatsoever or howsoever acquired, within the limits of the protectorate hereby established, will be recognized by Her Majesty'.

However, findings have shown that the first time parties were involved in the sale of customary land occurred on 8th November 1885. This was the first land dealing ever recorded in British New Guinea.

In general with Customary Land alienation, from the 1870’s to early 1900’s, it was paid in goods, cash and kind, which at the time was valuable and acceptable to the people. However, most ancestors were illiterate and the interpreters, missionaries and kiaps related their wishes.

The land known as Hanawi in the East Yangoru LLG was leased for the purpose of establishing satellite townships by the Colonial Government in the late 1960’s and the early 1970’s and the relocation of Yangoru Station, conversely the estimated 14,755 hectares of Portion 126A- Urimo land in the Sausso LLG was leased for cattle farming until its closure. 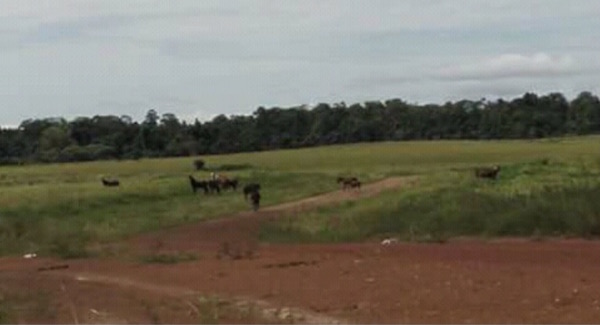 IMAGES: Wild horses flocking on Urimo land as it is seen today (above) and (below) the vast grassland of the Sepik plains 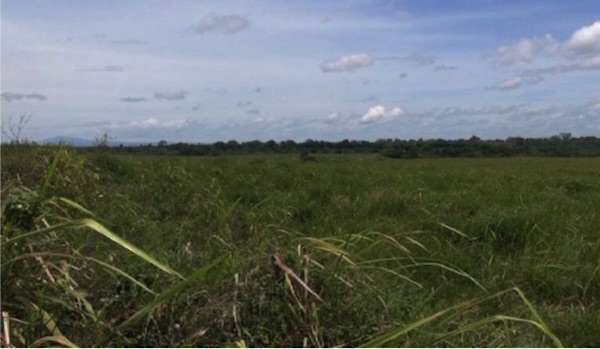 That land, which used to be customary lands, were thus acquired for a specific purpose by agreement with the customary owners at the time.

Once that purpose is changed and after forty (40) years of leasing, there is breach of that condition, i.e. the purpose and these lands must be therefore be returned to the customary owners.

State leases can be processed for advertisement if that land is required for the establishment or expansion of a business, project, or other undertakings under Section 69 (2) (d).

Let’s accept, for the sake of argument, that the Sepik Agro Industries Limited (SAIL) and the State Minister properly sought and granted titles to the 64 Portions of land claimed to be State Land.

It begs the question how in all heavens Sepik Agro Industries Ltd can meet the development conditions usually attached to such grants under Sections 84 and 88 of the Land Act?

Secondly, what about the 64 titles as Gazetted and granted to Sepik Agro Industries Ltd by the Minister of Lands and Physical Planning, that spread from Wewak, Angoram through Yangoru-Saussia to Wosera-Gawi, Maprik and Ambunti-Drekikir.

These grants also beg the question as to the alterations to the nature of this State Lease prior to the titles being granted?

Those titles should be cancelled based on procedural irregularities and breach of the acquisition agreement with the original customary land owners.

Over to you, Minister for Lands and Physical Planning and the Lands Fraud and Corruption Unit.

The Protection of Customary Land Rights of the Sausso people of the Sepik Plains agenda is very clear and it is a very sensitive issue and one that is of great and immediate concern right from the indigenous landowners, educated elites and all members of the Sepik Plains in East Sepik Province , it must be brought before the executive arm of the government for scrutiny.

The economic development of the land is invisibly halted and if done successfully may bear fruit and the members may eat those fruits. But how will those nice fruits be eaten when the land entrusted by their ancestors to grow and produce fruits is taken away from them right under their nose.

In the Sausso Constituency, the customs, beliefs and rituals, just like in most PNG customs, provide illegal occupation, squatting and sale of customary land invites the death of the offender.

But thanks to Christianity and the rule of law we now have relevant legislations to address those concerns. But deep down it hurts the land owner because his hands are cut off completely when his customary rights are taken away by outsiders for their use and benefits.

For us to live a more meaningful life is to do everything under the sun from the little knowledge you have and use whatever means that is just and fair to protect the land rights of yourself, your clan, your sister clan, your neighbouring village and members of your descendants and of those who will be born in the future.

We will die one day (before passed-on) as happy fathers because we did our part to uphold what your bubus left with us and for your generations to protect your land is of essence. We will leave behind legacies. When your grandsons and the future generations think of us, they will always remember us not as idiots, but as legendary Sausso nien .

This is a very passionate manifesto for a young man like me who is determined to protect my Sausso people’s customary land. So what are the means available for me to plan and implement with the ultimate aim of protecting our land?