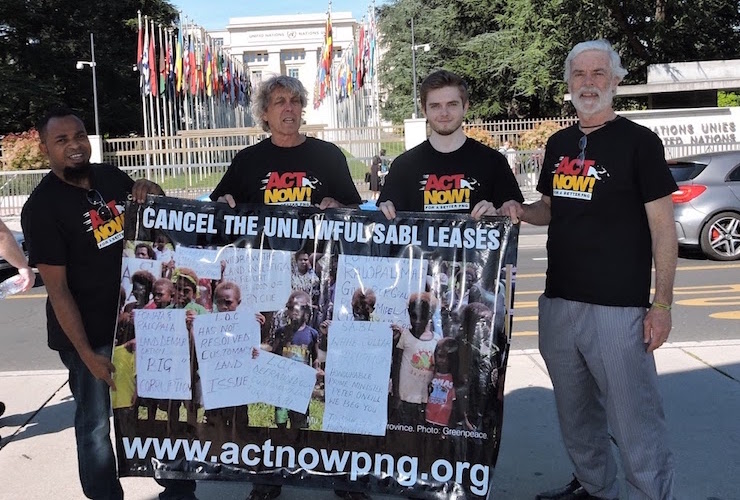 The government needs to urgently take action on the SABL land grab and increase scrutiny of the logging industry. This was one of the messages from the international community during a review of human rights in PNG by the United Nations in Geneva on Friday.

Countries from Central and South America, Asia and Europe all spoke of the need for the PNG government to do more to protect the rights of customary landowners.

Chile recommended PNG strengthen the work of the SABL Commission of Inquiry that exposed the irregularities in almost all the leases investigated and recommended they be revoked.

Thailand noted the steps taken to address the SABL scheme, especially the Commission of Inquiry, but said PNG still needs to address the negative impacts on human rights and ensure an equitable and sustainable solution.

Guatemala noted PNG has still to implement its promise from its first UPR in 2011 to increase vigilance over the mining and logging industries with a view to mitigate their adverse effects on human rights. Guatemala recommended PNG do more to reduce the negative impacts on the environment of extractive industries and establish more stringent and transparent control measures.

Mexico spoke on the issue of informed consent from customary landowners, a key element in the SABL land grab, and recommended PNG take further steps to ensure full respect for the human rights of its indigenous peoples.

The issue of violence by police against customary landowners and police acting on behalf of logging companies was also raised. Switzerland recommended PNG investigate impartially and independently, all allegations of excessive use of force and violations by the police, particularly in cases related to community land rights, and to bring the perpetrators of these violations to justice.

Malaysia also called on PNG to give more attention to the rights of indigenous people and ensure accountability of law enforcement officials who commit human rights violations and criminal offences.