Log tax revenue up despite industry forecasts and global pandemic 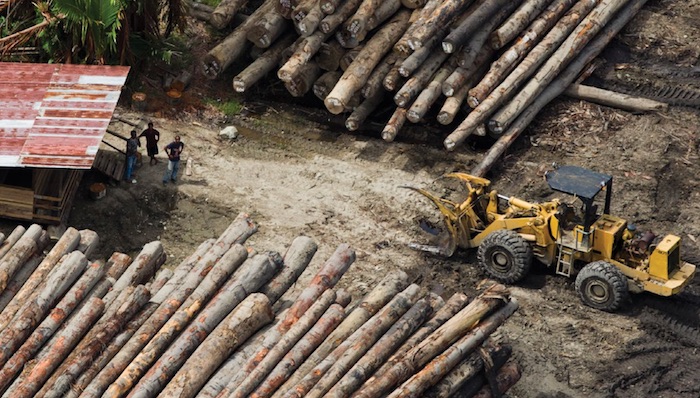 In November 2019 the Marape government committed to increasing taxes on round log exports as a response to decades of tax evasion and tax avoidance by the logging industry.

The logging industry responded with the same vitriol and bullying tactics that it uses every time government tries to improve forest management practices or ensure a fairer return to the nation from the destruction of its forest resources.

The increases in log export duty would devastate the industry, force shutdowns and throw thousands out of work said the Forest Industry Association in December 2019.

“The new rates of tax are unsustainable and threaten the very survival of any forest industry in the country” said FIA Executive Officer, Bob Tate. He described the changes as “harsh, unfair and discriminatory”.

“The new rates of tax raise the effective rate to 70% of gross turnover. At this level there is insufficient income to cover production costs, wages, fuel, machine and logistical costs”.

In January the threats were ramped up, with FIA members threatening to close down the industry in the face of increased taxes, which the FIA now inflated to 76% of revenue.

The FIA further claimed four logging companies had already shut-down and within six months ‘there might be none left’.

Yet, an analysis of log export data and revenues for the first six-months of 2020 show industry claims have been unfounded and that government revenues from the sector have increased as forecast by Treasury. This is despite the global pandemic which has seen the international economy and demand severely impacted.

For January to June 2020, government revenue from log export taxes were up on the corresponding period in 2019 by over K20 million. This is according to figures from the government’s official log export monitoring agency, SGS. This is especially impressive given that it bucks the trend from the previous year, 2019, when government revenues were actually down on 2018, by K6.4 million. In November 2019, the government predicted the increased log export tax would produce revenue of K400 - K450 million in 2020; figures the logging industry laughed at. The mid-term numbers for 2020 show however the government is on track to realize its goal, even despite the impacts of the COVID-19 pandemic on the global economy and the local movement of labour, goods and services.

The increase in government revenue also comes despite log export volumes in 2020 being slightly down on 2019. Volumes decreased by 13% from 1.7 million cubic metres in the first six-months of 2019 to 1.5 million in the corresponding period in 2020. 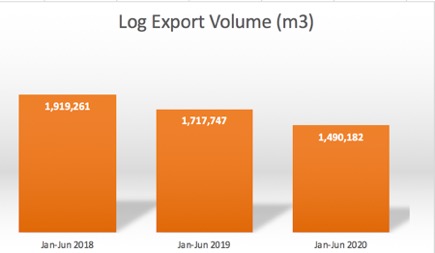 This fall in volume should not be seen though as a consequence of the increased tax rate as it mirrors a similar fall of 10% between Jan-June 2018 and Jan-June 2019 and, of course, there has been the global effect of the pandemic for the industry to content with.

The fall in log export volumes has been mirrored by a similar fall in the log export sales revenue received by the logging companies. 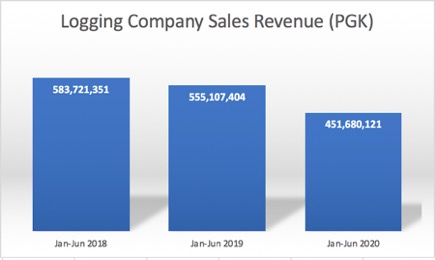 Back in December and January the FIA also claimed that the government tax increases and the consequent closure of the industry would deprive landowners of their log export levies which were ‘in most cases there only source of income’.

This was palpable nonsense in a nation where almost every village community has multiple income sources including the sale of garden food, agricultural crops like cocoa, coconut and vanilla, local fisheries and local crafts. Indeed, the informal economy in PNG which is largely driven by rural production on customary land, is estimated to be worth at least K40 billion a year.

The FIA also claimed closure of the logging industry would lead to ‘growing levels of rural unemployment’, ignoring the fact no customary landowner need be unemployed as they can work their own land, growing food and cash crops, can engage in rural crafts or fish in their rivers and seas.

The FIA statements on the governments increase in log export tax and its predicted impacts reflects a wider pattern of misinformation from the logging industry.

In Jan 2020, the FIA told the influential Business Advantage magazine the volume of log exports had ‘fallen sharply’ in 2019, from about 4 million cubic metres in 2018 to approximately 3.5 million.

This was untrue. The actual fall, according to verified government figures, was a modest 6%, from 4m to 3.8m cubic metres.

In April 2020, the FIA claimed, “for the four months so far this year, we have seen a fall in production of some 30% compared to the same period last year”.

In actually fact the fall was less 20%, and was in large part caused by the industry ramping up production and emptying its log ponds in December 2019 to avoid the tax increases. In December 2019, the monthly log export volume was a record 466,732, up 37% on the previous month and the highest ever seen in a single month.