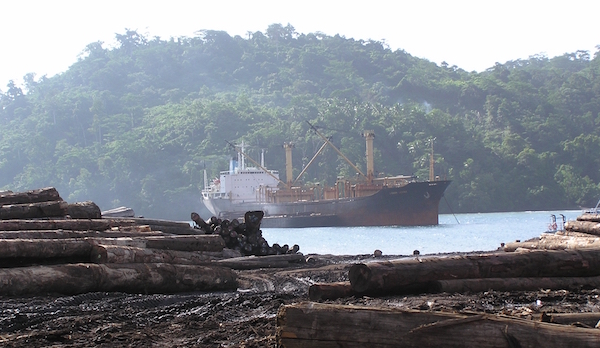 The increase in duty on round log exports, introduced in the 2020 budget, is having a positive effect according to analysis conducted by ACT NOW!

The higher export duty has both increased government revenue and driven down the level of logs exports inline with government policy.

The increase in duty on all round logs exports from 35% to 45% was a government response to revelations that foreign logging companies have been evading corporate income taxes by manipulating their financial reporting.

The companies have been claiming they continuously make losses on their operations, never any profits, which defies logic and common sense. No company would keep engaging in an activity if it never made a profit and instead only incurred losses.

As well as trying to recoup money lost through the tax evasion, the government is committed to reducing round log exports and promoting more downstream processing and value adding in PNG.

Analysis by ACT NOW! shows that over the first 11-months of 2020, the increased export duty delivered on both its intended impacts. 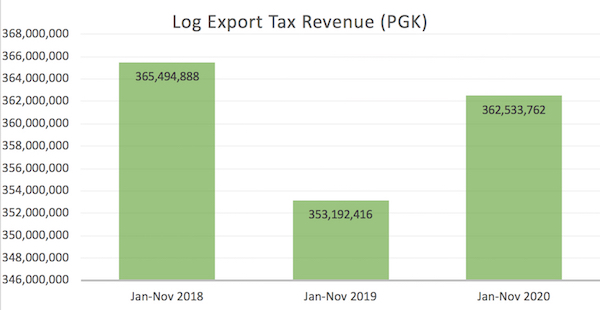 Government revenues from round logs exports between January and November 2020 were more than K9 million higher than in the corresponding period in 2019, even though the volume of logs exported dropped by 647,000 cubic metres or almost 20%.

If log exports continue to decline at the same rate in future years, then ACT NOW! predicts the government is on course to achieve its target of a 50% drop in export volumes by 2025. 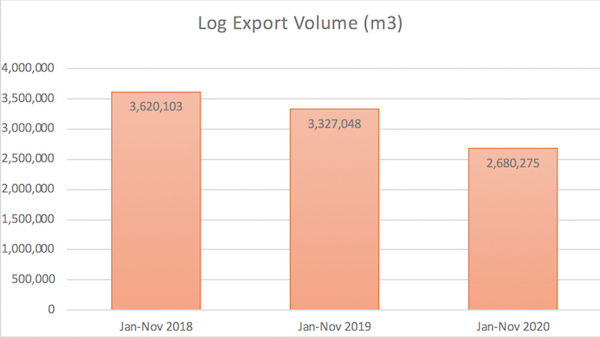 The picture is not all positive though. Only 16% of logs export in 2020 were from supposedly sustainably managed forestry operations.

The 1991 Forestry Act mandated the PNG Forest Authority to ensure all forest operations are sustainably managed under a National Forest Plan, and colonial era logging permits were to be replaced with new Forest Management Agreements.

Yet in 2020, only 16% of log exports came from FMA areas, most of the rest were from concessions that pre-date the 1991 Act or from areas logged under Forest Clearance Authorities that allow the complete clear felling of the forest.

The PNG Forest Authority has completely failed in its mandate to ensure the sustainable management of PNG’s forest and the recent statements by its Managing Director, Tunou Sabuin, urging the new Minister to reverse the increase in log export duty only serves to emphasis how the Authority has been captured by foreign logging companies.

For the MD to argue the export duty increases should be reversed while arguing his department needs 300 new staff shows the PNGFA truly is a rogue organisation working against the interests of PNG and the rural communities it is meant to serve.

The 1991 Forestry Act should be repealed and the PNG Forest Authority disbanded. Rather than an agency dedicated to servicing the demands of foreign logging companies we need a new organisation dedicated to serving the people of PNG and ensuring the sustainable and ethical management of our forests. This is the only way we can hope to take back our forests.