Papua New Guinea’s Internal Revenue Commission says the logging industry is “one of the most delinquent sectors insofar as tax compliance is concerned“.

In order to try and stop this ‘pillaging of our forests’ the Commission is currently auditing 20 companies and expects more to be added to the list as it scales up its compliance activities, which could include criminal prosecutions.

These revelations come five-years after it was first revealed by the Oakland Institute that Malaysian owned logging companies operating in PNG have been evading corporate incomes taxes for decades by continually claiming their operations make losses every year and never any profits, which defies logic and common sense.

This was followed by an announcement the OECD would support the PNG tax authorities by sending experts from its Tax Inspectors Without Borders program to assist.

The IRC has detailed how the logging industry has been engaging in massive transfer pricing to unlawfully disguise their real revenues.

The IRC gives the example of exports of Kwila logs, which the logging industry might claim it sells to overseas buyers for $110 per cubic metre. But, says the IRC, the logs are not sold direct to the buyers in China, instead they are sold to intermediary companies related to the loggers but registered in secrecy jurisdictions that then on-sell the logs for $500 a cubic metre.

By using this deception, the logging industry avoids paying export taxes, royalties and levies on the $390 price difference and is able to understate its true income for company tax purposes. Such deception cannot be corrected by simply increasing log export tax rates as the government did in 2020.

This is not the end of the deception though.

The IRC also says the salary and wages taxes paid by the logging industry are “very minuscule” compared to the labour intensive nature of their operations.

In addition, as well as not paying its fair share of taxes the IRC says the logging industry has gone even further and has infact been draining the PNG State of revenues. This is because the industry has been claiming refunds on Good and Services Tax.

The logging industry has “been one of the most refunded sectors when it comes to GST refunds” says the IRC. This is because the export of round logs is zero rated for GST so the logging companies don't charge their customers any GST and have been able to claim a refund from the IRC for all the GST they pay on the goods and services they purchase in PNG.

The IRC has also raised the issue of sawn timber exports, which are currently not taxed or monitored. IRC says this is another “area of concern” and authorities “need to take immediate action”. 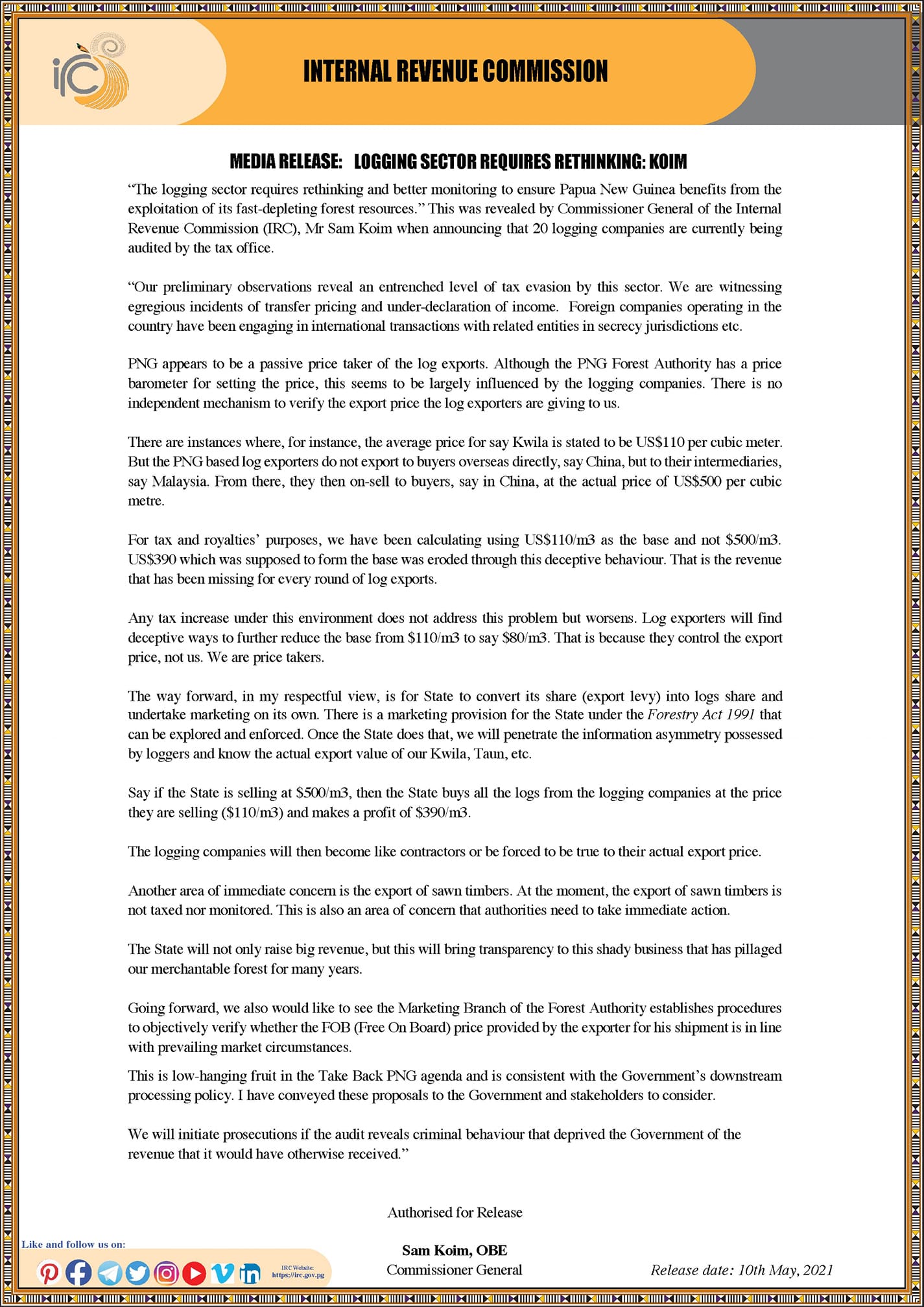 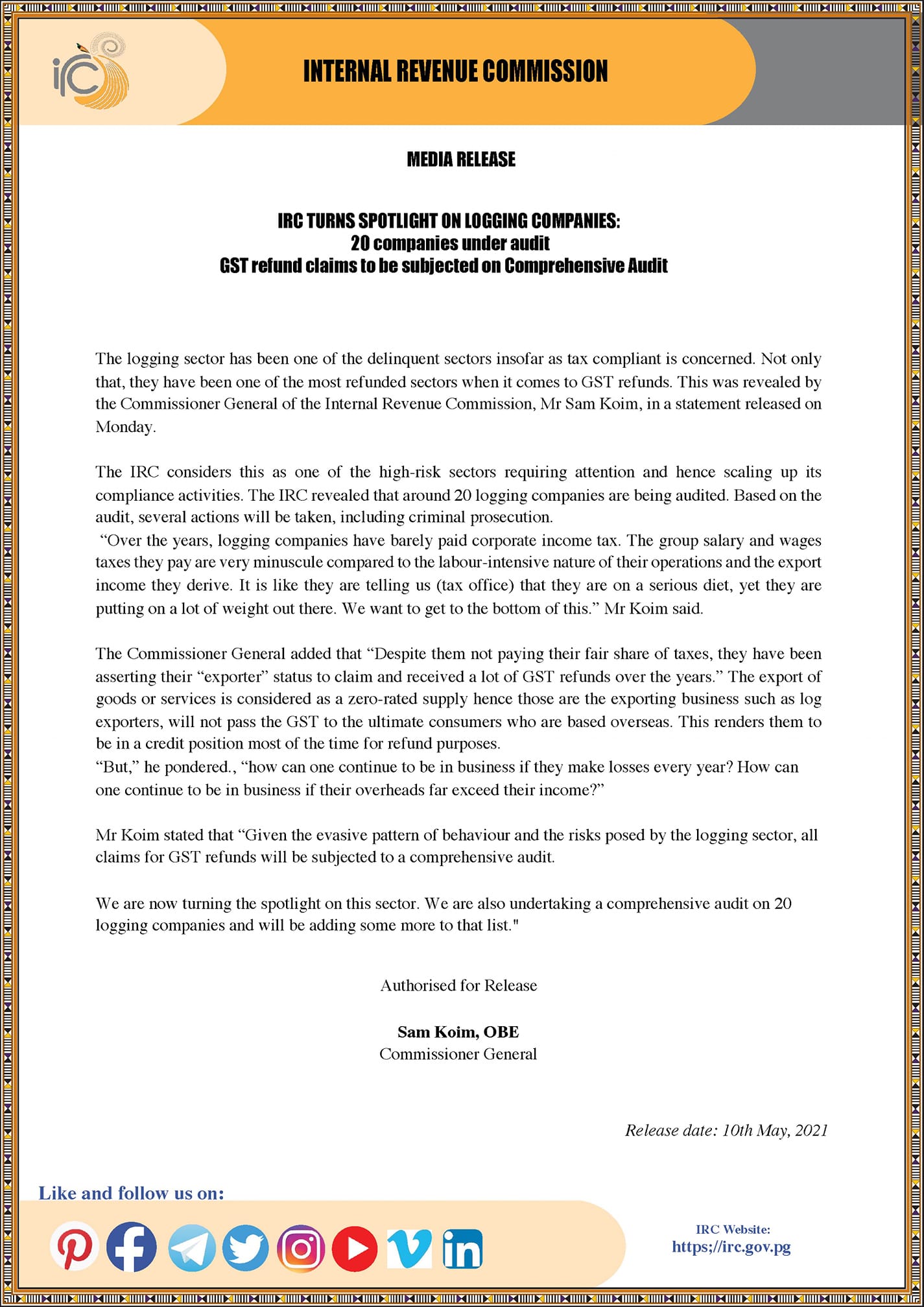