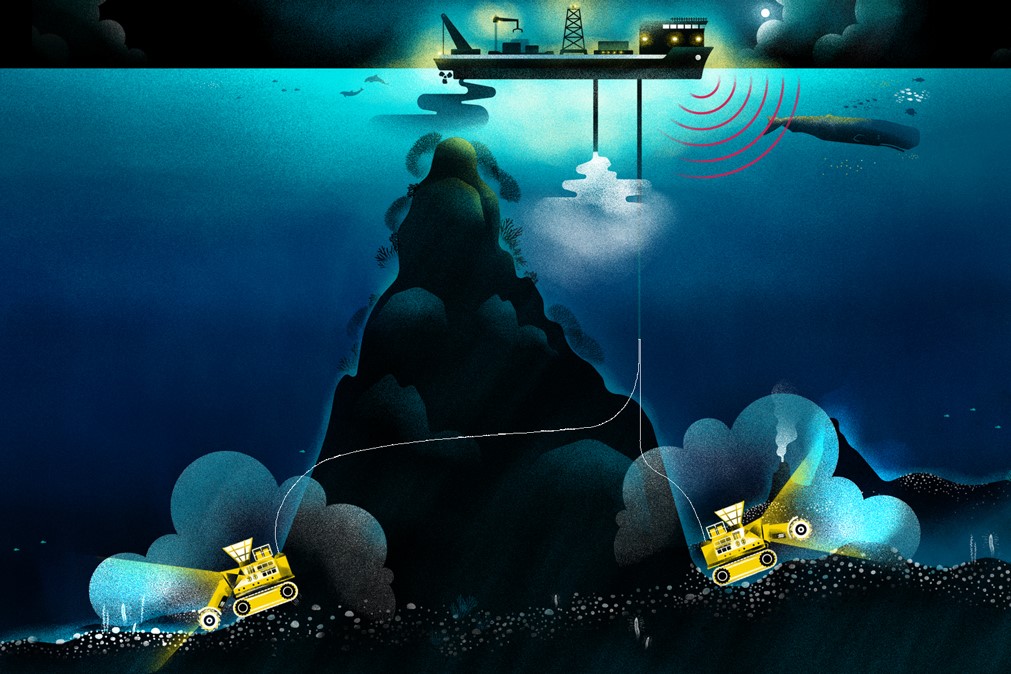 Four leading global companies have announced their support for a global moratorium on deep seabed mining. Initiated by BMW Group and WWF, and signed by Samsung SDI, Google and Volvo Group, the companies join the increasing chorus of concern about the significant risks to economies and to ocean health that would arise from opening up the seabed to extraction of minerals.

Calls for a global moratorium on deep seabed mining are coming from diverse actors, including scientists, communities, the fishing industry, political leaders, NGOs including WWF, and now also from companies. By committing to this public statement, the signatories pledge not to source any minerals from the deep sea, and to refrain from using mineral resources from the deep sea in their supply chains and not to finance deep-sea mining activities.

Despite uncertainties and risks to the future health of our ocean and to those who depend upon it for food and jobs, there is increasing pressure from a few companies to begin mining the deep seabed. With much of the deep sea ecosystem yet to be explored and understood, such activity would be recklessly short-sighted.

“WWF is calling for a moratorium on deep seabed mining. We welcome this important step, and call on other companies who care about the ocean to join these leaders by signing on to the statement. It is a clear message to those who are swayed by the false promise that deep seabed mining is a ‘green’ and attractive investment proposition. It is not so,” said John Tanzer, Global Ocean Leader, WWF International.

Mining in water thousands of meters deep is expected to have destructive effects on vulnerable deep-sea ecosystems and lead to loss of biodiversity and species extinction. WWF’s recent report, “In Too Deep,” shows the projected large-scale destruction of the seabed could affect global fisheries and threaten carbon and nutrient cycles in the ocean. Given the slow pace of deep-sea processes, destroyed habitats are unlikely to recover within human timescales. What has been created over millions of years would be wiped out in a day.

“The pro-deep seabed mining lobby is creating their own narrative by choosing to portray only some of what we know and don’t know. They are selling a story that companies need deep seabed minerals in order to produce electric cars, batteries and other items that reduce carbon emissions,” said Jessica Battle, leader of WWF’s No Deep Seabed Mining Initiative. “But savvy companies that are committed to sustainability are seeing through that false narrative. Deep seabed mining is an avoidable environmental disaster. We can decarbonise through innovation, redesigning, reducing, reusing and recycling.”

The report highlighted that marine ecosystems are connected, and many species are migratory. Therefore, deep seabed mining cannot occur in isolation, and disturbances can easily cross jurisdictional boundaries. Negative effects on global fisheries would threaten the main protein source of around one billion people and the livelihoods of around 200 million people, many in poor coastal communities.

WWF and others calling for the moratorium are asking that deep seabed mining activities be put on hold until the environmental, social and economic risks are comprehensively understood; all alternatives to adding more minerals into the resource economy are exhausted; and it is clearly demonstrated that deep seabed mining can be managed in a way that ensures the effective protection of the marine environment and prevents loss of biodiversity.

WWF urges companies and investors to focus their attention on smart, resource-efficient and circular economy solutions, as well as ensuring responsible mining practices on land, that reduce environmental and social impacts.