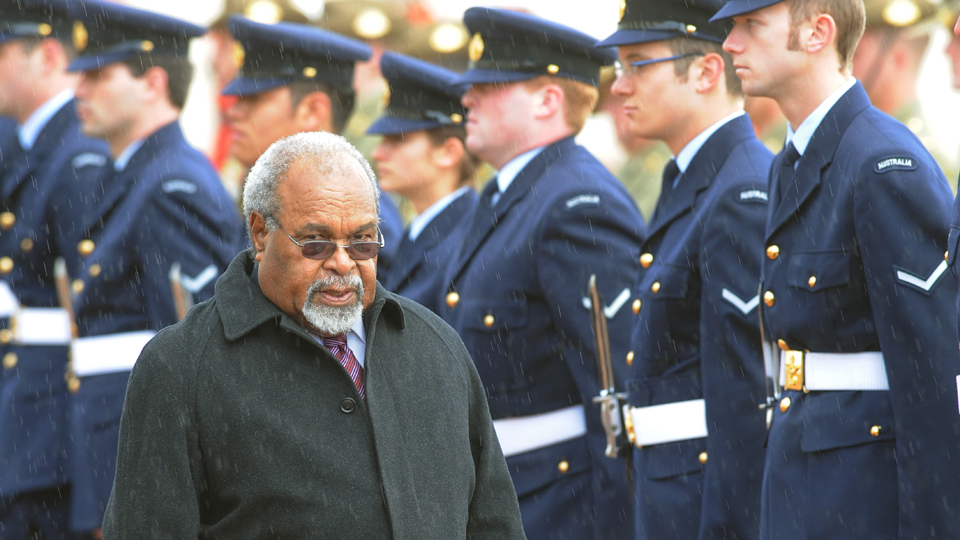 Malaysia’s prime-minister-in-waiting, Anwar Ibrahim, called us out on Friday, expressing a view that Australia has been “completely dishonest” about ousted leader Najib Razak, and “complicit” in Malaysian corruption.

As part of Fairfax’s anti-China campaign, the PNG story was pitched as an example of Beijing trying to exert greater influence in our region, rather than a rather unsurprising example of PNG corruption over a mobile phone contract.

There’s a long history of Australia seemingly turning an official blind eye to the questionable behaviour of our developing neighbours.

In 2002, Four Corners Andrew Fowler reported on how property tycoon Warren Anderson, former friend of ex-PM Paul Keating, bought the Cairns Conservatory building in 1994 for $9.75 million and sold it a fortnight later to the PNG public sector superannuation fund for $18.72 million. A PNG Ombudsman’s report valued the building at $7 million and found that associates of the then-prime minister, Sir Julius Chan, “acted improperly” and that associates “stood to make a considerable financial gain”.

In 2000, Sir Mekere Morauta’s government lodged a court claim in Cairns and Port Moresby for $30 million damages against Chan, Anderson and the former finance minister, Chris Haiveta – but the case was later dropped.

And no Australian body had any interest.

And the games continue. Four Corners was back on the PNG corruption trail in 2013, reporting claims that as much as a quarter of the PNG government’s budget is lost to fraud.

Australia is allocating $572 million in aid to PNG for the new financial year. A quarter of that would dwarf ZTE’s alleged $1 million for Mr Somare.

“I’m starting to think that Australian politicians are now accepting as a matter of course that countries like PNG are endemically corrupt and that there is nothing they can do about it,” he said.

“In this sense I think Anwar is correct in his assessment that Australia is tolerant of corruption.

“If so, this perception represents a sorry state of affairs and it behoves Australia to take action. In the first instance it can speak up against corruption.

“It can also withdraw funding, apply sanctions, prosecute anyone in Australia profiting from corruption, seize laundered money and illegally gained property and restrict access to our shores.

“All it takes is a little intestinal fortitude. Sadly, courage among our current crop of politicians seems lacking. The mantra today is ‘don’t rock the boat’.

“In Australian politics rocking the boat is a bad career move … If Australia was to show some mettle and take aggressive action against corruption instead of going along with it, Papua New Guinea and its people would be a big beneficiary.”

While waiting for intestinal fortitude to arrive here, money from PNG can continue to invest richly in Australian property. Perhaps it’s considered recycling.

Similarly, allegations of black Chinese money pouring into Australian real estate wasn’t a problem until popular resentment against Chinese investors surfaced – the colour of the money was never an issue.