Agriculture is our backbone, PM O’Neill

It's ironic how th PM says openly that agriculture is our backbone and yet he will pump more money into Oil and Gas projects. Yes, we understand that services will not come over night but LNG, Pogera, Ok Tedi etc were completed in record time. Can this same commitment be given to the roads, bridges, aid posts and education facilities promised to our people who keep the agricultural sector alive - the very ones we will all be running to when the Oil and Gas (that you, Prime Minister say) will run out! Even more, before the land we need to cultivate is sold or stolen away from us! 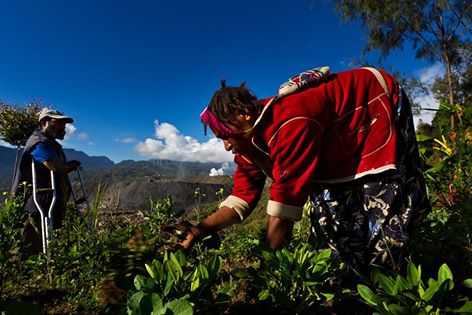 Agriculture will still remain the backbone for Papua New Guinea after the oil and gas dries up, Prime Minister Peter O’Neill has reiterated.

O’Neill said this when launching a PNG cocoa program last Friday at Mutzing station in the Markham District of Morobe Province.

The project is the first of its kind launched by any successive government and would benefit thousands of people throughout the country as the program advances.

“The oil and gas will run dry one day but agriculture is our backbone and is an important industry in our country that will sustain our livelihood for many years to come,” the Prime Minister said.

He made this statement in the presence of thousands of farmers and villagers and urged them to work their land and start growing cocoa because the Government has invested millions of kina in the agriculture sector to help rural farmers.

PM O’Neill told the people the Government is achieving its goals in the areas of education, health, infrastructure and law and order as it needed support from them to reach its capacity and agriculture is one sector in which the Government has been investing heavily since taking office.

He made it clear that changes cannot take place overnight or in a year but over a period of time and people must understand that and the present Government is doing its best to bring services to the people. PM O’Neill urged the citizens of the country to partner with the Government and develop their land through agriculture, which will contribute to the economic development of PNG.

“The people and the government must build a strong partnership because they have control over their land and labour.

The Government will provide the capital and it is upon each and every individual to seed from it,” PM O’Neill said.

He said the Government has a clear policy where the money is going and the benefits are evident in many districts around the country. The launch of the cocoa program is an example of this.

The Government has invested millions of Kina in all the districts throughout the country but there have not been any tangible developments because of leadership issues, thus, the Prime Minister has urged all leaders to spend wisely to develop their areas.

PM O’Neill said the launching of the cocoa project is a key important initiative created by government agencies; therefore, it will give its full support to ensure the project reaches many people.

He reminded the people that every successful person in this world went through some struggle in life, as such he urged everyone to work the land that is available.