The government has tried to bury and forget the SABL land grab scandal in which more than 5 million hectares of land has been stolen from rural communities.

It is using a well tested formula that we see employed almost every time a new corruption scandal is exposed:

In the case of the SABL land grab, the Commission of Inquiry took more than two-years to complete its investigations (March 2011 - June 2013) and, due to political interference and funding problems, only reported on 42 of the75 leases investigated.

The Prime Minister then delayed for a further 3 months before presenting the COI reports to Parliament (September 2013).

Since then, a number of different committees have been announced to supposedly implement the COI findings, which included recommendations for criminal prosecution of public servants involved in the most egregious and fraudulent leases.

In November 2013, the PM announced a Ministerial committee comprising Forestry, Lands and Agriculture to review the findings of the COI. Nothing was ever heard from that committee.

In May 2015, the Chief Secretary announced an ‘independent Task Force’ to speed the implementation of the COI recommendations and cancellation of the leases. Nothing was ever heard from that Task Force either.

Then, in August 2017, new Minister for Lands, Justin Tkatchenko announced a further committee to review all the SABL leases and cancel those found to be unlawful. That committee was supposed to meet weekly to ensure all the leases were reviewed before the end of 2017, but that goal was never met.

It is now more than seven years since the Commission of Inquiry was announced, since then a measly four leases have been voluntarily surrendered, just one has been cancelled by the government and five have been revoked by the courts.

Most landowners affected by the SABL land grab are still waiting for their land to be returned and the Forest Authority is still issuing logging licences in the affected areas. No public servants have been disciplined or dismissed and the companies involved have not been sanctioned.

The government has done its very best to bury and forget the SABL scandal! 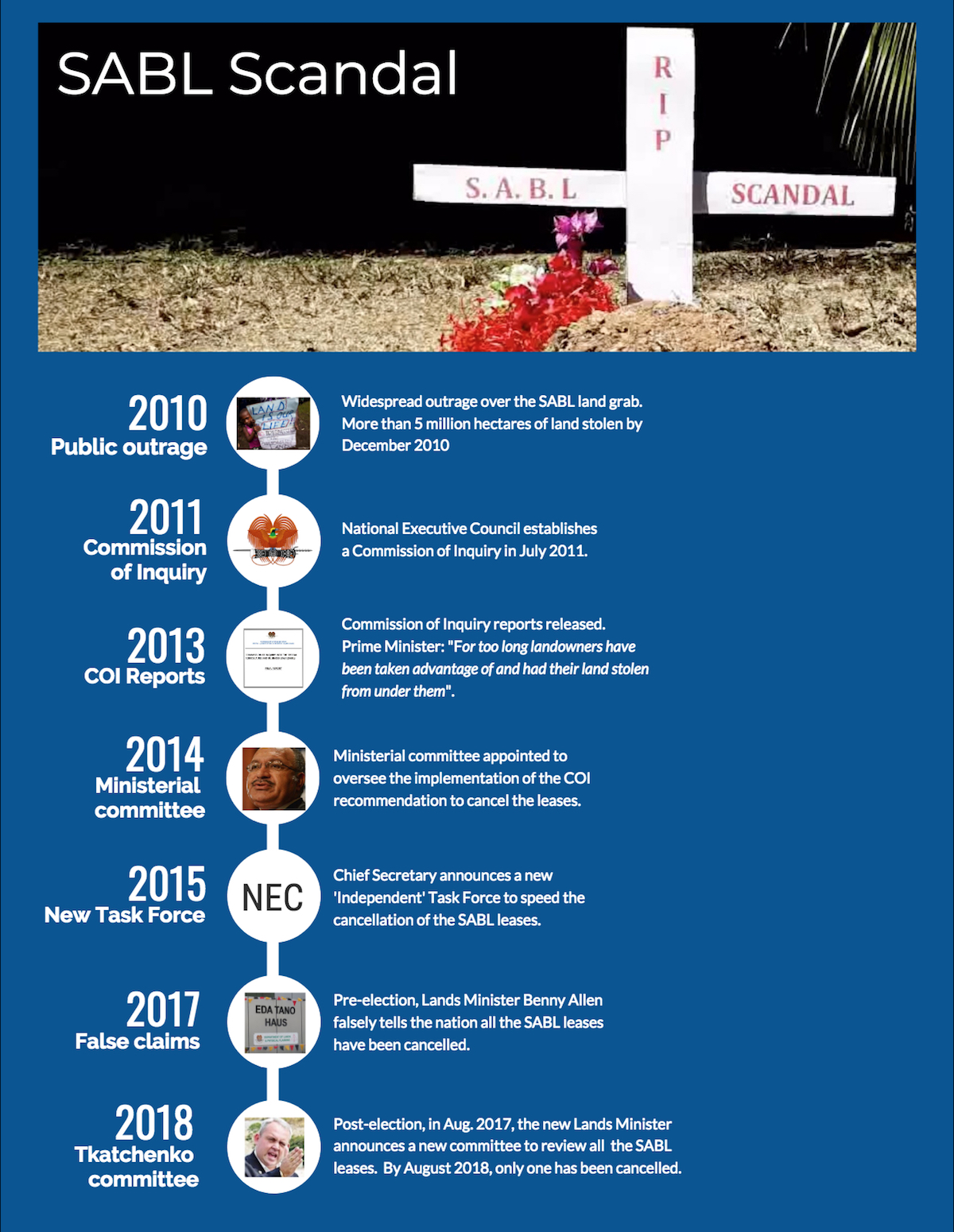