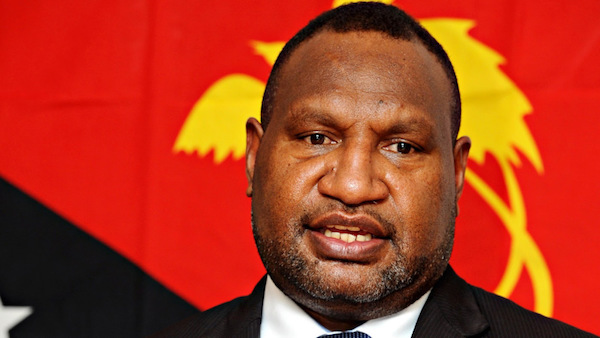 Prime Minister James Marape has indicated he will support a proposed regional moratorium on seabed mining, however, could not go as far as to say a ban outright would be needed.

In an interview with the Post-Courier at the opening ceremony of the Pacific Islands Forum on Tuesday, Mr Marape responded when asked in relation to Fiji’s stance on the matter, that he would support the move, making specific reference to what he described the Nautilus Solwara 1 project as “a total failure”.

During Fiji Prime Minister Frank Bainimarama’s opening remarks at the Sautalaga climate update meet on Monday, he informed leaders present of Fiji introducing its own climate change act, of which the country will push an ambitious proposal for both its national and a regional moratorium on seabed mining.

“I ask you all to join in this ambitious venture and also support a 10 year moratorium on seabed mining from 2020 to 2030 which would allow for a decade of proper scientific research of our economic zone and territorial waters,” Mr Bainimarama said.

“Until that deep sea mining technology is environmentally sound and takes care of our environment at the same time we mine it, then at this point in time, I support the call made by the Fijian Prime Minister, we just need to have the best technology available,” Mr Marape sternly said.

When asked if it could go as far as supporting a ban, the Prime Minister left this option out adding just as the moratorium aims to prove the viability- that process will prove “on a case by case basis going into the future”.

“If there is an opportunity for deep sea mining, so long as environmentally it is friendly and the harvest of resource is done in a sustainable manner then we can give considerations to this, but right now it is a show.

“We don’t have the luxury of that informed decisional research.

“This is because that technology is not proven anywhere and PNG we burnt almost K300 million in that Nautilus (Solwara) 1 project on a concept that someone told us it can work, but it is a concept that is a total failure as I speak,” the PM said.

Apart from 15 per cent state investment in the project, Kumul Mineral Holdings is also seeking redress for the unearned revenue to the tune of US$51 million (K173m).