They may think that they have the perfect solutions to con us and take/use our customarily owned land but we will not remain fools. Whose interest is the World Bank serving ? becuase we now know from past experiences that they defiantly don't have our (grassroot people) interest at hand. We dont want your money making ventures and your banks so you can keep your suits and your policies and we'll keep and manage our land! 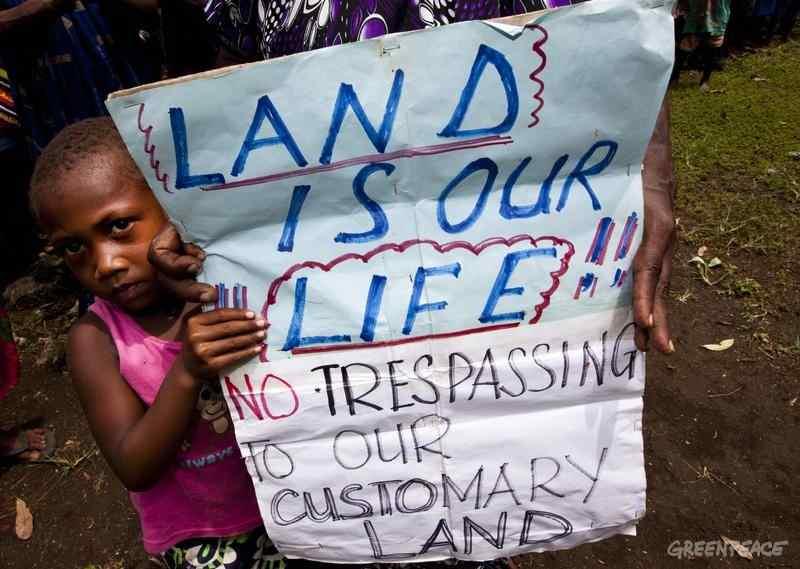 FARMER ORGANIZATIONS, INDIGENOUS GROUPS, TRADE UNIONS AND OTHER CIVIL SOCIETY ORGANIZATIONS, UNDER THE UMBRELLA OF OUR LAND OUR BUSINESS, CALL WORLD BANK’S ANNUAL CONFERENCE ON LAND AND POVERTY A SHAM.

Oakland, CA— Every spring for the last fifteen years, the World Bank has organized the “Conference on Land and Poverty,” which brings together corporations, governments and civil society groups. The aim is ostensibly to discuss how to “improve land governance.”

Whereas the 16th conference will take place in Washington D.C. from March 23 to 27, hundreds of civil society organizations are denouncing the World Bank’s role in global land grabs and its deceitful leadership on land issues.

“The big question is whose interests the World Bank really serves. While they spend considerable time and money painting themselves as champions of the poor, the Bank has a battery of practices and policies that suggest a very different truth,” said Anuradha Mittal of the Oakland Institute.

Mittal points to the hypocrisy of the Bank’s claims to be interested in “securing farmers’ access to land” by highlighting that around the world, local communities face forced evictions and human rights abuses linked to Bank-financed projects as documented in recent years in Uganda, Honduras, and Cambodia. Just last year, the Bank created a $350 million facility to cover the risks of investments made by the Silverlands Fund, a private equity fund that has been accused of financing land grabs.

“If you look behind many of the recent land deals, you will find World Bank policies that enable investors to come in with projects that promise benefits to communities but don’t follow through. We can keep going after each corporation and investment group but it would be more effective if the Bank stopped paving the way for what has become the systematic exploitation of land and people,” said Mittal.

“We refuse to legitimize the World Bank and their corporate overlords by being a part of these meetings. The conference is simply a distraction and decoy to feign dialogue with civil society. The Bank promotes a Western model of private ownership of local resources with blind faith in the twisted logic of trickle down wealth and dehumanized markets,” said Alnoor Ladha of The Rules.

The Our Land Our Business campaign has been critical of the World Bank’s Doing Business report and accompanying advisory services. Through these, the Bank uses its financial and political might to force countries to adopt “business-friendly” reforms, which create conditions that make it as easy as possible for agribusiness corporations to get access to developing countries’ land and natural resources.

Sustained access to land is a prerequisite to ensure livelihood support for family farmers and pastoralists, who currently produce up to 80 percent of the food and farm 80 percent of the land in Asia and Sub-Saharan Africa. “This is threatened by the Bank’s vision of land as a market commodity and by its agency to enable corporations’ exploitation of natural resources. It is time for a shift in power away from so-called ‘development’ bankers back to the world’s majority,” said Alnoor Ladha.