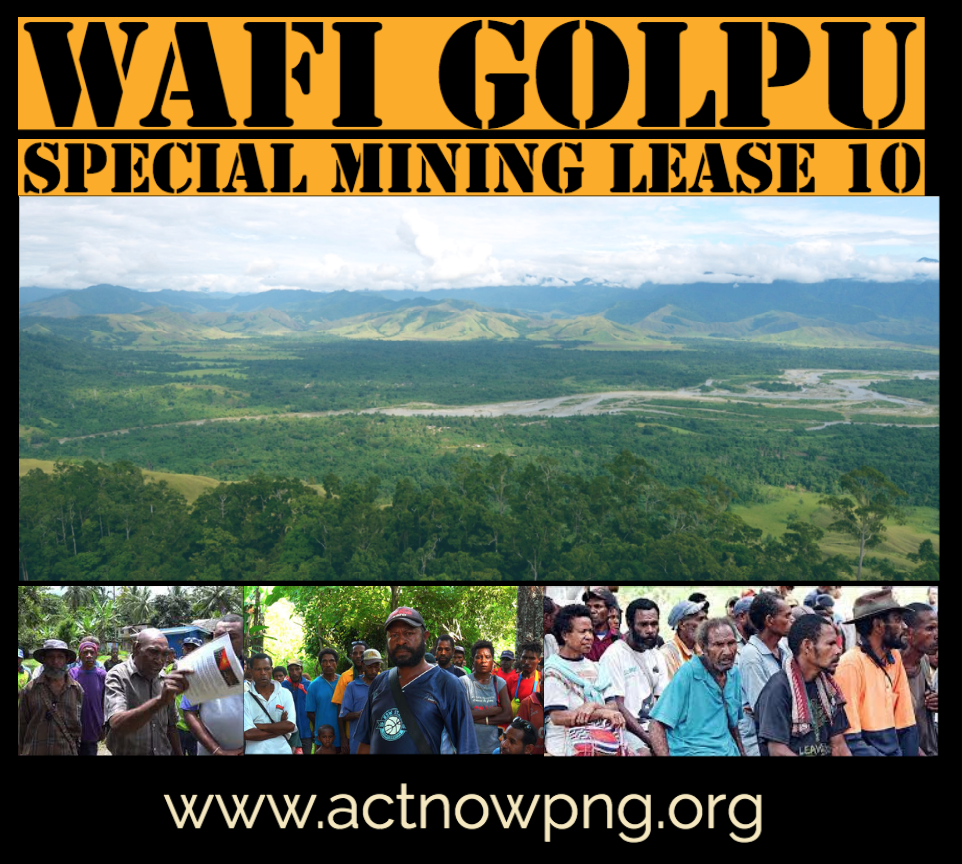 These landowner associations have also claimed ownership of Wafi-Golpu Special Mining Lease 10 in the print and social media outlets, but whether they are legitimate customary landowners is subject to any previous land courts of the area concern and any court documents that can substantiate their claims. If any of these associations has never contested the Wafi-Golpu Special Mining Lease 10 in a court of law previously and has no court documents to substantiate its claims, it should definitely hang its head in shame and walk away. Period. Associations are not recognized as landowning social units under the new customary land laws, Customary Land Group Incorporation Act 2009, and Customary Land Registration Act 2009. Period.

The lowest social unit recognized by law to own customary land is a clan, and to some extent, tribes can be recognized as the highest social landowning unit. But to claim that an association can become a social unit to own customary land is an absurdity, and this is illegal as far as the Customary Land Group Incorporation Act 2009 and Customary Land Registration Act 2009 are concerned.

The Mineral Resource Authority and its predecessors and the Department of Lands and Physical Planning and its predecessors have entertained associations as social units that can own customary lands over the years. Therefore, dubious landowner associations that now claim to have ownership rights over Special Mining Lease 10 believe the same ploy will play out with the Wafi-Golpu mine this time around.

Landowner associations is a ploy used by the state through its agencies such as the Mineral Resource Authority and its predecessors and the Department of Lands and Physical Planning and its predecessors over the years in resource-rich provinces as a divide-and-rule tactic to control developments in the mining and petroleum industries. If we can divide them through several landowning groups, whether legitimate or not, we can divide them and rule them as long as the mining or petroleum project exists. It has happened with the Lihir and Porgera mines, and legitimate customary landowners have suffered big time for many years.

The laws on customary lands have already changed since 2009, but agents of corruption within the Department of Lands and Physical Planning and the Mineral Resource Authority are sticking to the old land laws to perpetrate corruption for their own gain.