The Frieda River mine's EIS must be rejected 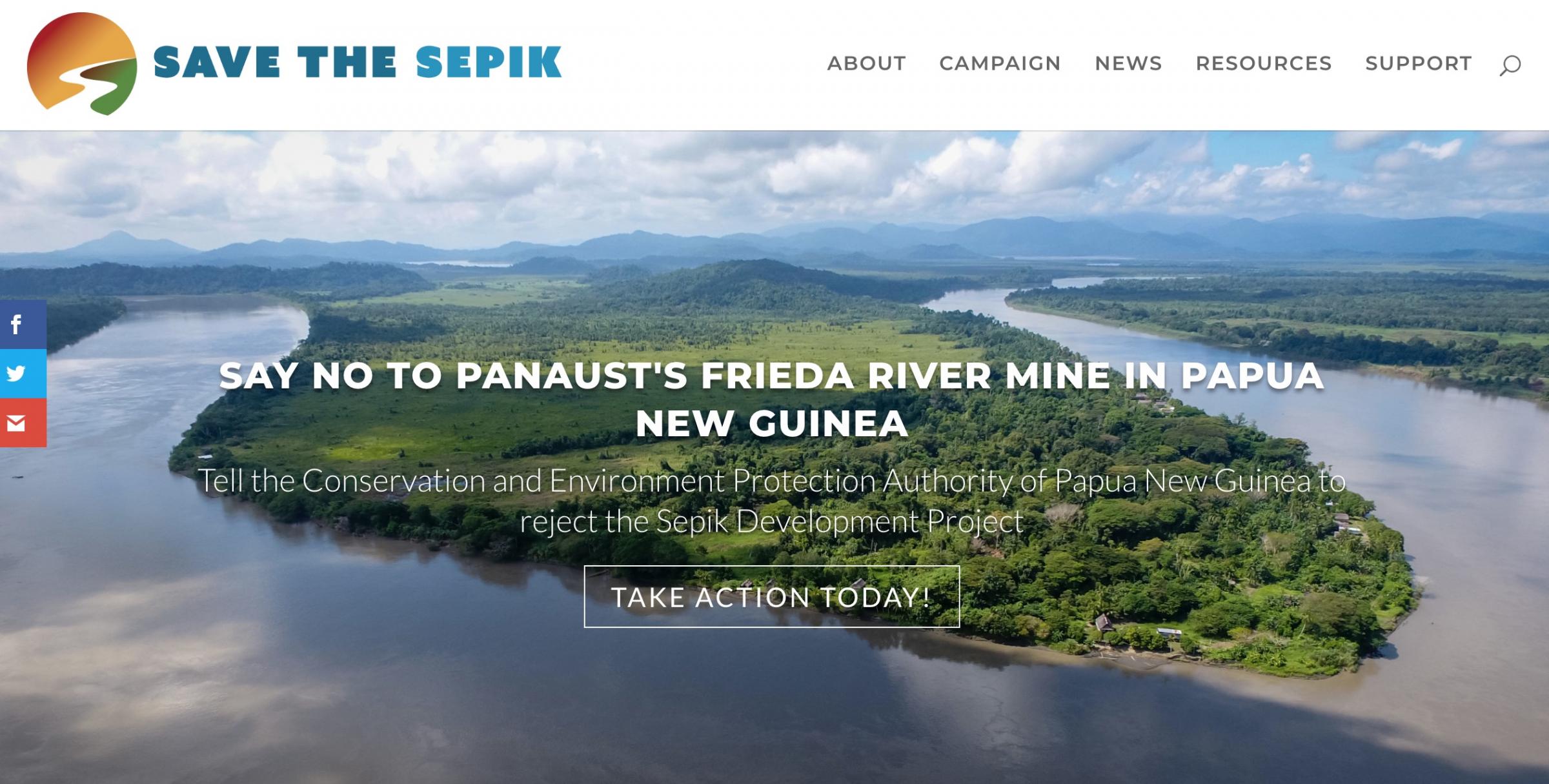 A local Civil Society Organisation (CSO) called Project Sepik, today called for the rejection of the Frieda River mine on the grounds that the Environmental Impact Statement (EIS) was ‘unfit for purpose’.

The call came in connection with the submission of ten independent expert reports on the EIS, which were submitted to PNG’s Conservation and Environment Protection Authority (CEPA). The reports were obtained by Project Sepik in collaboration with PNG-based legal advocacy group, Centre for Environmental Law & Community Rights (CELCOR).

A summary of the submission made the following three points about the EIS:

First, the EIS has done nothing to reassure experts from the fact that there is no secure way of storing the massive amount of mine waste (tailings) safely without damaging the river. The Project is being developed in a seismically active area of PNG which is also subject to extreme rainfall. The likelihood of the tailings dam breaking at some point in time, and causing catastrophic damage, is inevitable.

Second, there is no evidence of free, prior and informed consent of all impacted customary landowners in the EIS, including communities on the mine site and along the Frieda and Sepik Rivers. This evidence is essential for the Project to proceed.

Third, the EIS is missing critical reports and information that would normally be necessary in any comprehensive assessment. Crucial underlying reports relating to the tailings dam and seismic reports have not been provided. The EIS is also missing vital information about the operation and closure of the mine, an assessment of the proposed airport, a resettlement plan for the 4 villages requiring relocation. It is also missing a cost-benefit analysis.

“We have long said that this mine could not be built safely, and now these ten expert reports prove it,’ said Emmanuel Peni, Coordinator of Project Sepik. “We call upon CEPA to reject this incomplete and defective EIS and reject this Project”.

“The people living on the Sepik and across PNG need the organisation that is supposed to protect their land and waterways to step up and stop these foreign companies from destroying their rivers for profit.”

“The 100,000 people who live on the Sepik don’t want this mine,” said Mr Peni. “It will not bring the promised benefits to my people and it will endanger the beautiful Sepik river, which provides us not only with our home but our livelihood and also defines our identity.”

Project Sepik submitted its expert reports on the same day it launched a new campaign called “Save the Sepik”, in conjunction with and its Australian CSO partners Jubilee Australia and AID/WATCH.

“We all remember BHP’s OK Tedi disaster, and we are still tracking the ongoing tailings disaster in Bougainville. In both cases the tailings released into these rivers contaminated and killed fish, caused mass flooding and the spread of contaminated mud, decimated land previously used for growing food and led to the leaching of heavy metals in a chemical process called acid rock drainage. The Australian-sanctioned destruction of PNG’s natural environment must end now with the rejection of Pan Aust’s irresponsible plans for the Sepik.”

“The Sepik region is a haven of biodiversity, and home to some of PNG’s rarest plants and animals,” said Natalie Lowrey, Coordinator of AID/WATCH.

“It is the largest unpolluted freshwater system in Papua New Guinea and one of the largest and most intact freshwater basins in the Asia Pacific. Yet if the mine were to go ahead, the region could face catastrophic and permanent destruction. Instead of allowing this mine to proceed, the PNG government should commence the next step in protecting the Sepik – formally nominating the region for World Heritage Status,” said Ms Lowrey.

Save the Sepik is a collaboration between Project Sepik, Jubilee Australia Research Centre and Aid/Watch Australia

The Frieda River mine, a copper and gold mine proposed to be located in PNG’s remote Sepik region, would be the largest ever mine in PNG history, and one of the largest in the world.

The Frieda River mine has been proposed by a Brisbane-based, an Australian registered company, PanAust, which is owned by Chinese sate-owned enterprise Guandong Rising Asset Management (GRAM). The mine is projected to last for an initial 33 years, and then possibly be extended.

The mine would be situated on the Frieda River, a tributary of the longest river in PNG, the Sepik, which is comparable to the Amazon. In 2006, the Upper Sepik River Basin was transitionally listed for World Heritage Status by the PNG government.