Panguna Reopening: Where does it fit in Bougainville’s walk to freedom? 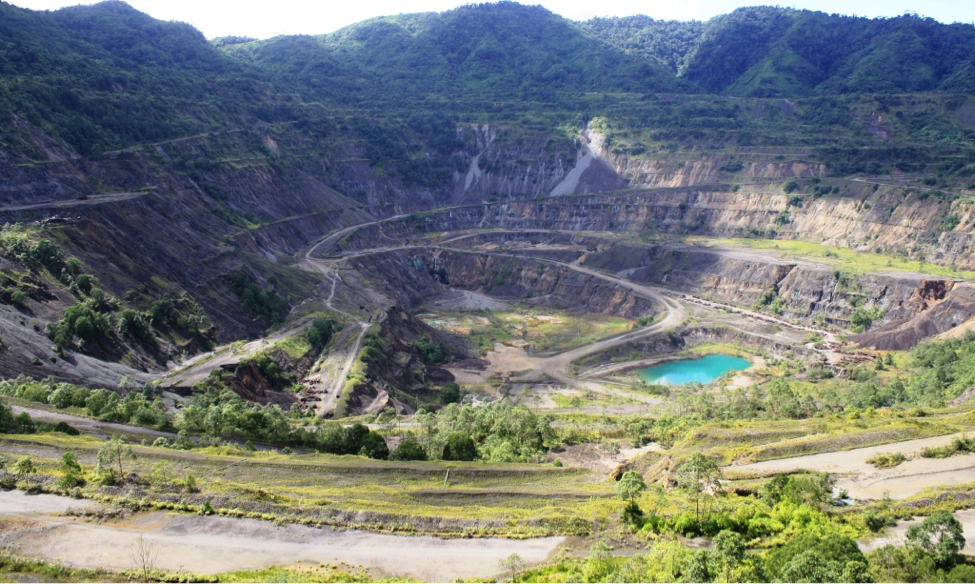 From a Special Correspondent

It has been a burning issue that has had consciences of Bougainvilleans questioning where the concept of the mine reopening came from, and how it has assumedly found a place in Bougainville’s path towards self-determination. It was certainly not on the agenda of the people of Bougainville when the crisis ended, and it certainly was not part of ABG’s plan in its inception, though the Invincible deal was something near to selling away Bougainville. It is an interesting factor to know the notion came out of the blue. Did the people of Bougainville cry for the Panguna mine to be reopened? This is a commonsense query that unfortunately lacks heed of redress. What has eventuated today is something that was planned by those who intended to make it happen.

When the company was chased out of the island 25 years ago, it did not go down well with its then management, who then were more content to spend shareholders money to sponsor terrorism campaigns on innocent islanders. The boarding/lodging of riot squads and defence force personnel, transportation and communication costs were all met by the company. And when the issue of burning down of houses and torturing of innocent villagers was raised in the management meetings, it was referred to as a good job. The then Colonel Nuia would know all too well what he and his gang of thugs did to our people of Bougainville with the support of the now ‘better devil’.

“It is the only way!” Proclaimed the president of ABG when making the intent of the reopening of Panguna to the public in a forum in Buka. Concurrently, the European Shareholders of Bougainville Copper (ESBC) website began its campaign to set into alignment the work of amalgamating shareholders support towards making it happen.

Sure enough, many of Bougainville’s elites were eloquently quoted on the site to either support or make encouraging comments towards the venture. The Panguna reopening was the project that was dubbed to make Bougainville self-reliant and ultimately bring it to independence. It was the embossment of a well glossed imprint that was too good to be rejected. Well, that was how those who were for it thought it would unfold. This was not so in the eyes of the people of Bougainville.

It may be out of concern for economic recovery that the Panguna Mine reopening has been co-opted; however does it actually translate down to the very core of Bougainville’s need to truly free herself and be economically independent? How does a mine reopening by a foreign entity equate to independence? And if the government of the autonomous region of Bougainville is serious about building the economy, then it should look at alternatives that will enable the population to participate in the building of it. The ABG should know well that it should not participate in the economy, rather it should facilitate the growth, and the alternatives are there.

Up to this day, there has been opposition to the whole idea of the mining, something those in the ABG authority keep brushing aside as outside influence, or minority propaganda. Yet, they cannot explain why there is no BCL presence in Arawa, though all the talk has been put into making the reopening a reality.

Consultations as well have not been adequately made public to the outside world, much of the interest of the outside world want to know what the people really feel about the reopening of the Panguna mine. Though social media and other media outlets rather portray a comradeship between the people and the authority’s drive towards the issue, however the assumed comradeship speaks differently to the reality on the ground.

What is there to see is nothing but mere cheap politicking from a captain who thinks he is steering the region on the right course, nevertheless; there seems to be more rough seas on the ‘mining’ plotted course so far, might it be the wrong course? Or is the captain’s moral compass not right?

On the whole, the issue of mining in Bougainville has been somewhat more of an ulcerous sore than a tattoo; there was more destruction caused than the actual benefit. More importantly mining has never been a part of Bougainville’s struggle towards self-determination, what had happened back in the days of the consultations before CRA came in to survey the land was more of looking for cooperative and apparently ‘educated landowners’ and ignore the true inhabitants who happened to be the opposition. This is a fact that the company is denying to this day, and this is the very same technique being used by the authority to gather support that can only be found on paper. This is a fact the world is coming to know.

If this is some moral advise to those who support or cohort to the whole mining campaign; there is no escape from the truth, and as ugly as the truth can be; the people of Bougainville do not support the reopening of Panguna. And that is how simple the truth is, nothing complicated about it.

Hence, apart from wishful thinking that might appease the dreams of those who support a reopened Panguna, they might as well remain asleep because the irony of having a nightmare when you wake up is indeed as literally true as it can be.