UN calls out PNG over litany of abuses 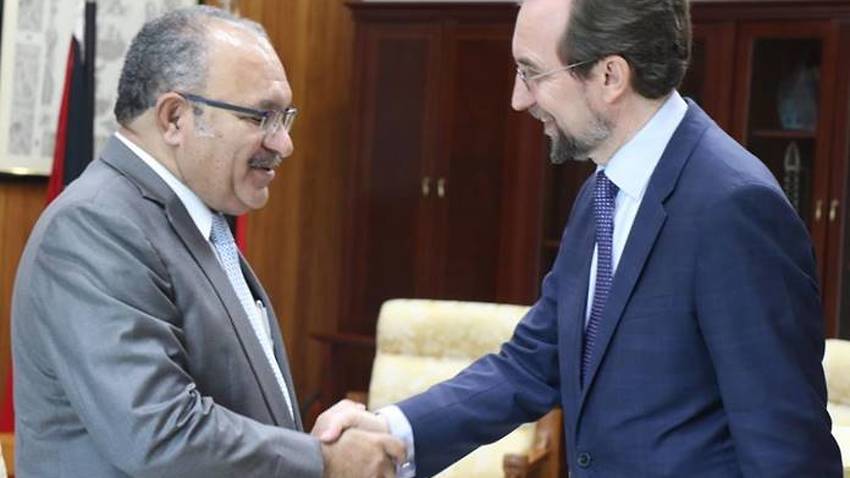 UN High Commissioner for Human Rights Zeid Ra’ad Al Hussein has called on Papua New Guinea to tackle a long list of abuses in the country.

Praising PNG’s “welcomed openness” after inviting him for a one-day visit, the high commissioner issued a to-do list and emphasised the eyes of the world would be on the country during the Asia Pacific Economic Cooperation (APEC) meeting in November.

“Papua New Guinea appears to be a country of contradictions. There are exemplary laws and policies in place to protect human rights, but they are reportedly often not enforced,” he said.

“It is a resource-rich country, but much of its population lives in abject poverty, with acute malnutrition rates in some areas comparable to Yemen and minimal access to quality healthcare and education.

“It has strong civil society activists but there is little room for them to influence Government policy.”

In a statement issued before the High Commissioner’s visit, Mr O’Neill’s office thanked him for visiting PNG for the first time.

“The observations of the High Commissioner are comforting as this government has made a concerted effort to engage with all stakeholders, particularly civil society,” Mr O’Neill’s statement said.

“Our Government is committed to establishing a Human Rights Commission in our country. We are working through the details required to establish this important office and look to making an announcement soon before the matter is put to Parliament for discussion.

“As our country continues to advance, we will still experience the same human rights issues that are experienced by countries around the world.”

The creation of National Human Rights Track Court and a planned independent national human rights commission by the O’Neill government were praised by the UN commissioner.

“I was, however, troubled to hear about attacks against human rights defenders and journalists working on sensitive issues, particularly relating to land rights and corruption,” Mr Zeid said.

“I call on the government to protect the important watchdog function of civil society, and indeed treating them as partners in tackling difficult human rights challenges, including the endemic gender-based violence and horrific attacks against those accused of sorcery in Papua New Guinea.”

Mr Zeid condemned as “unacceptable” leases to the resource industry that trampled on the rights of landowners, especially the Special Agriculture Business Leases (SABL) and forced evictions.

“The reported actions of some major corporations engaged in the extractive industries in Papua New Guinea are shameful,” Mr Zeid said, citing also incidence of sexual violence with impunity in some cases.

“States have a responsibility to prevent, investigate, punish and redress human rights abuses within their territory, including abuses committed by private corporations. And business enterprises have an obligation to avoid infringing on the human rights of others and to address adverse human rights impacts of their activities.”

“States and businesses can flourish without trampling brutally on people’s human rights – but in Papua New Guinea, human rights advocates report that local communities rarely get any benefits from the extractive operations carried out by large corporations on their land,” he said.

He also called for an end to the death penalty. There are currently eight men on death row, down from 12 after two were acquitted on appeal and another two died in prison.

PNG authorities have not carried out any executions due to lack of equipment and training.

During his visit the High Commissioner met with the prime minister, government officials, judiciary and civil society organisations.

PNG's nearest neighbour Australia is its largest aid donor and when elected to the UN Human Rights Council late last year said it would champion issues on behalf of the Pacific.