In a new report released last month, The Great Timber Heist: The Logging Industry in Papua New Guinea, the Oakland Institute exposed massive tax evasion and financial misreporting by foreign logging companies, allegedly resulting in the nonpayment of hundreds of millions of dollars in taxes in Papua New Guinea (PNG). 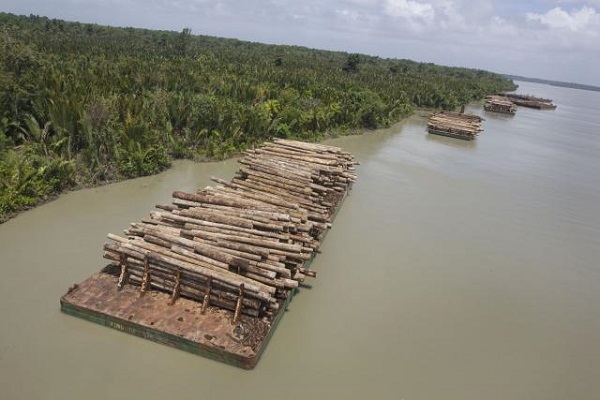 A puzzling finding of this research is that despite decades of operations in PNG, and the country today being the largest exporter of tropical timber in the world, logging companies barely declare any profit.

The financial filings of many logging firms report losses year after year.This is the case for 16 subsidiary members of the largest logging firm in PNG; the Malaysian multinational Rimbunan Hijau Group on which the report focused specifically. These companies, working mostly at a loss, have accumulated over US$30 million of tax credit in just seven years. This will allow them to not pay the 30% income tax on their profits in the years to come. Why are they still in business if they don't make profits? This is a fair question to ask. The question is even more relevant since the Government has failed to take action following the 2013 report of the Commission of Inquiry into Special Agricultural and Business Leases. The Commission found widespread fraud, corruption and lack of proper consultation with the local communities , the customary owners of the land where logging is taking place.

Commenting on the report in the media, PNG's Forestry Minister, Douglas Tomuriesa, denied any wrongdoings. He declared that the Government is able to monitor log exports thanks to the involvement of an international verification company, SGS, and that logging companies do pay significant amounts of export duties. The Oakland Institute research acknowledges that the exports are monitored and that logging companies do pay export duties and levies, which constitute the main source of forest revenue for the Government.

However, Mr Tomuriesa's response overlooks a number of serious issues of concern raised by the report.

First of all SGS, the company monitoring the shipments of timber, is not responsible for verifying the accuracy of the prices declared by log exporters. Under existing procedures,  it is the PNG Forest Authority — not SGS — that endorses the price declared by the exporter before any log is shipped from the shores of PNG,

The PNG Forest Authority is unable to properly verify the prices declared before its endorsement. When asked in March 2015 by the Oakland Institute about the discrepancies found when comparing PNG prices to other exporters of tropical timber, the head of the marketing branch at the Forest Authority — the unit in charge of endorsing the export prices — was unable to provide any explanation for these differences. When asked the same question, the Director of the Forest Authority declared that his agency did not have the means to verify prices as this would entail an active presence in China, the primary destination of PNG log exports.

As showed in the report, if transfer pricing is taking place in PNG through an undervaluation of log exports, the export duties unpaid by logging companies would result in a significant loss in public revenue. For instance, a US$50 undervaluation of log export prices per cubic meter (a conservative assumption given the US$191 difference found between PNG and global prices for 2014), would result in a loss of nearly $60 million in annual revenue from export duties. This is significant when compared to the $80 million average annual revenue that the Government receives from such duties.

Lastly, Minister Tomuriesa seems to ignore that transfer pricing may also come from an overvaluation of operational expenses by the logging companies. Groups like Rimbunan Hijau use dozens of their own companies and subsidiaries in their logging operations, including holding companies generally located in tax havens such as the British Virgin Islands. Companies belonging to the same group are able to charge each other an artificially high price for goods, equipment and services, thereby increasing the sister company's operational expenses. If these charges are  high enough, the company's expenses end up greater than its revenue, thus allowing it to declare an operational loss for the year. By declaring losses every year based on inflated operational costs, it is possible for logging firms to evade corporate income tax when in fact the group as whole is turning a profit.

The Oakland Institute report calls for action by the Internal Revenue Commission (IRC), the agency in charge of collecting taxes and enforcing tax regulations to investigate financial transactions between sister companies belonging to the same group. However, IRC will need both the political will of the PNG Government and sufficient financial and human resources to enforce the tax compliance of logging companies. Furthermore, addressing the issue of low export prices is the responsibility of the Forest Authority, not the IRC. Given the Forestry Minister's denial and willful blindness, the past record of the Forest Authority, and its failure to address the many issues identified with logging operations in recent years, the overdue phasing-out of raw log exports, announced multiple times and never implemented, seems to be the only reasonable option to address the wrongdoings of logging companies.