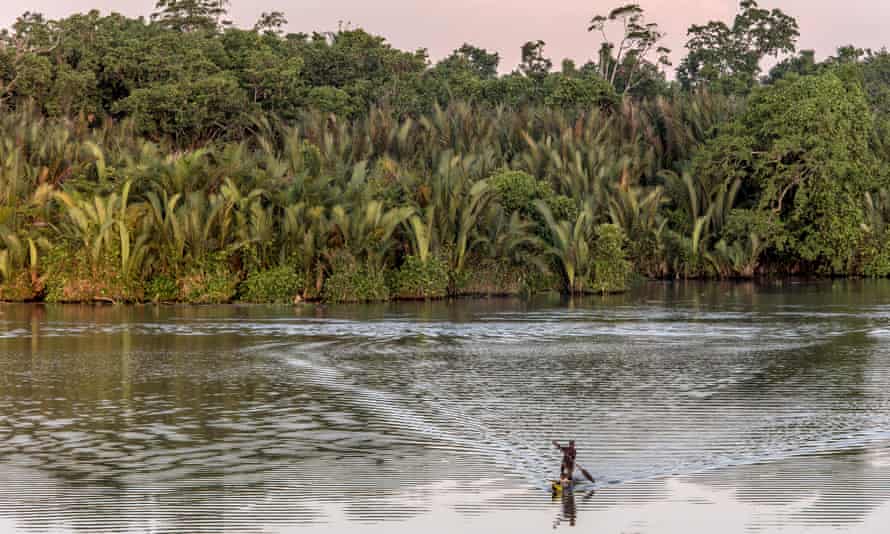 A man paddles a canoe on the Sepik River in Papua New Guinea Photograph: Renato Granieri/Alamy

Entire villages would be wiped out if a natural disaster hit dam on PNG mine, critics say.

‘Rocks under where the dam will be built is not safe … If there is a fault in the structure, the dam will give way,’ says West Sepik official.

A proposed dam to hold billions of tonnes of mine waste near the head of Papua New Guinea’s longest river is a potential environmental disaster that could wipe out entire villages if there was a natural disaster, government officials, environmental advocacy groups and villagers living along the river say.

The Frieda River gold and copper mine – slated for development by Chinese state-owned, Australian-based miner PanAust for northern New Guinea island – would be the largest mine in PNG’s history, and one of the biggest in the world.

Part of the mine’s proposal would be a 12,000ha reservoir built to hold more than 4.6bn tonnes of waste rock and mine tailings. The reservoir would hold 9.6bn cubic metres of water – twice the size of Sydney harbour – and the embankment built to hold it would be 187 metres high.

The Frieda River is a tributary to the Sepik River which, at 1,100km is PNG’s longest river and a key source of water, food and livelihood for tens of thousands who live along it.

West Sepik provincial administrator Conrad Tilau told the Guardian the government’s position was clear: “There should not be any dam built at the Frieda.

“The company must look for other alternatives to dispose of the waste like the option of deep-sea tailings placement … but not the dam.” 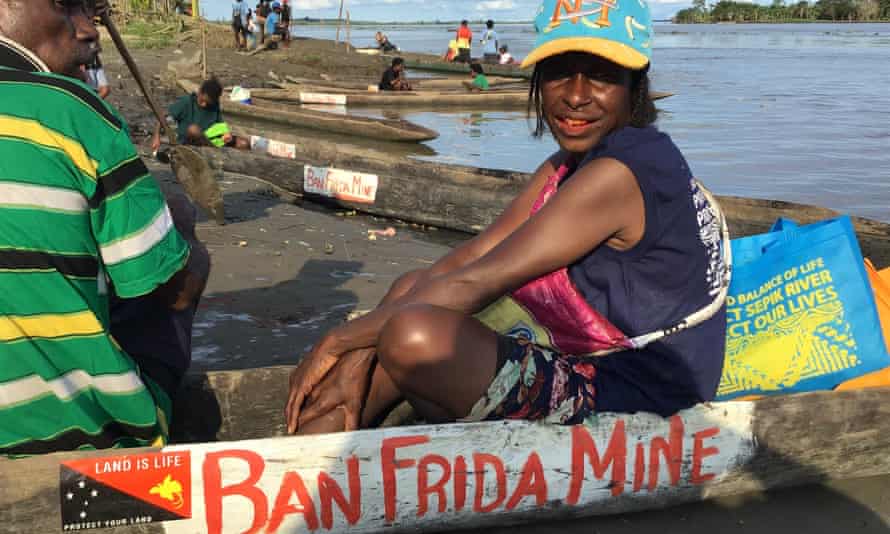 The proposed Frieda River mine has been the subject of protests by residents of the Sepik River valley, downstream from the mine site.

“The immense size of the mine, the low ore grade, the very large amount of waste rock, the seismic conditions, the high rainfall, mountainous terrain, all of these things are red flags in terms of the risks,” Jubilee executive director Luke Fletcher said, citing the 2015 Brazilian mine dam failure that killed 19 people, and spread toxic waste hundreds of kilometres.

“If there is a dam failure – and the dam break analysis has not been publicly released – it has the potential to be another Samarco-type collapse.”

Jubilee argued a potential alternative to the tailings dam, deep-sea tailings disposal – where mine waste is piped directly to the ocean to settle, ultimately, on the seafloor – presented significant environmental risks as well, including causing the buildup of toxic metals in the ocean ecosystem.

“These metals can build up in the food chain and cause harm to larger organisms such as fish and, eventually, people,” it said. “This risk is largely unknown as there is little research that quantifies what toxicity deep-sea organisms can safely endure.” 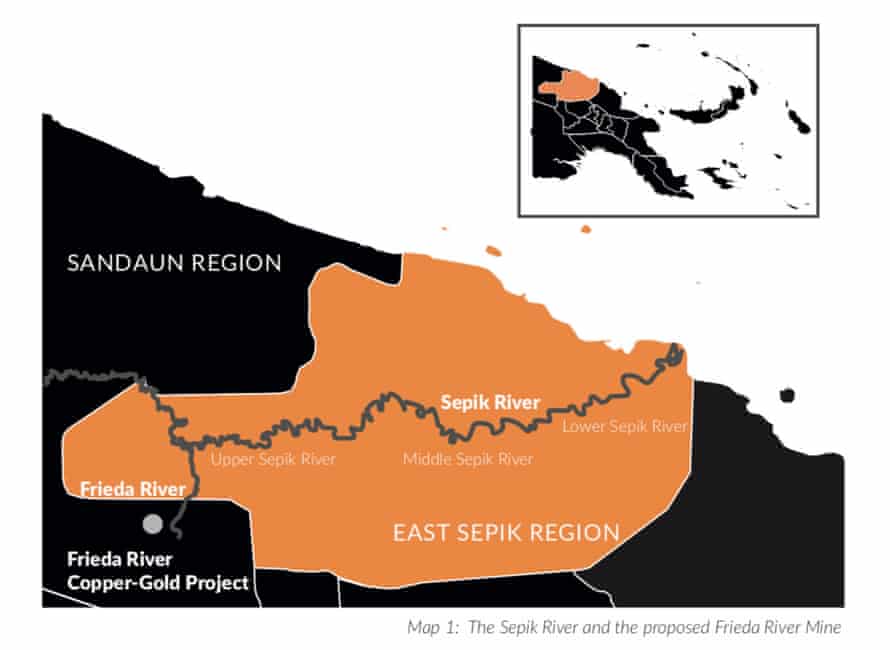 There are concerns the mine will cause vast environmental damage to a remote untouched wilderness area and important river system.

The EIS estimates 2.9bn tonnes of mine waste would be produced over the 33-year life of the mine – half as tailings and half as waste rock.

A “dam break analysis” had ensured “appropriate factors of safety have been incorporated into the design” of the dam, which would sit 40km upstream of the head of the Sepik River.

“The probability of a failure is very unlikely,” the EIS said. “However, the extreme consequences of complete failure leading to the uncontrolled release of large quantities of water and solids (from waste rock and tailings placement) would likely result in extreme downstream environmental and social impacts.”

PanAust declined to respond to a series of questions from the Guardian. The company has not proposed deep-sea tailings disposal.

PNG’s centre for environmental law and community rights and landowner advocacy group Project Sepik argued there was significant risk of a dam break, citing 10 reports provided to the Conservation Environment and Protection Authority in 2020.

“The Frieda River tailings dam has a medium risk of dam breakage as a result of: the extremely large amount of mine waste and tailings that will be produced; the rugged terrain; extremely high average annual rainfall … around 8 metres per year … and the mine to be located in a seismically active area which between 2010 and 2017 saw five earthquakes with magnitudes greater than 6.”

Emmanuel Peni, coordinator of campaign group Save the Sepik, said the dam risked wiping out villages downstream and poisoning the rivers that thousands depend on.

“The scientific reports all point out conclusively [that] it’s not a safe place or right place to build a dam or any large construction.”

Chiefs from 28 haus tambarans – “spirit houses” – representing nearly 80,000 people along the Sepik River have issued the collective Supreme Sukundimi Declaration calling for “a total ban on the Frieda River mine”.