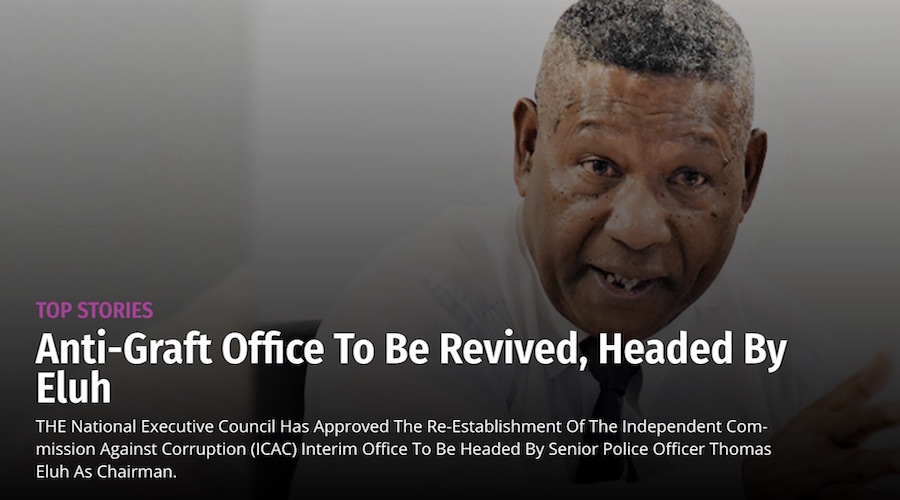 The government’s announcement of a so-called ’interim ICAC’ is an insult to the nation and an abuse of the ICAC name.

An ICAC must be independent from government and free from any political interference, but, what the Prime Minister has announced, fundamentally fails both these tests.

Peter O’Neill and his government have been pledging to establish an ICAC since 2012 yet all that has been announced is a politically driven body set up to investigate political opponents.

The ‘interim ICAC’ is being directed on what it can investigate by the National Executive Council and it is being housed in the Department of the Prime Minister.

It is not even clear whether there is any legal basis for an Interim ICAC or whether its investigations will have any legal validity.

While critical of the governments announcement, ACT NOW! is also urging the Department of Justice and the Attorney General to release its draft ICAC Bill for proper scrutiny and public consultation. This is particularly urgent as it is rumoured the government has been modifying the Bill to water down some of the powers of the proposed ICAC.

It is vital an ICAC is an independent constitutional body with powers to investigate complaints, arrest suspects and prosecute cases of corruption in both the public and private sector, while working alongside existing law enforcement agencies.