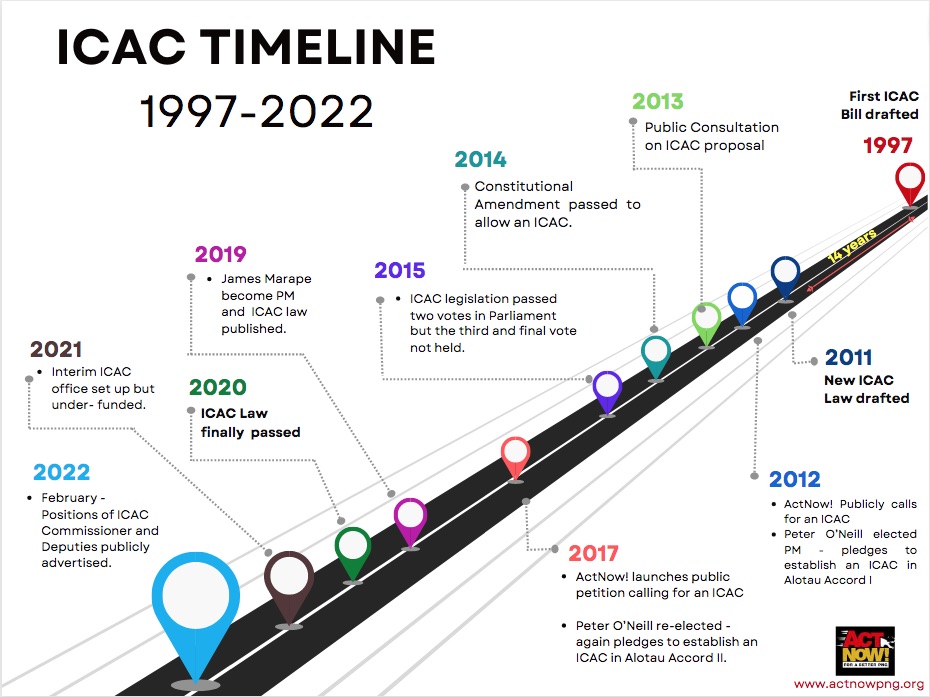 Papua New Guinea’s long-awaited Independent Commission Against Corruption must be allocated substantial funding in the 2023 Budget if the government is to make good on its anti-corruption promises.

The Prime Minister has promised a fully functioning ICAC by 2023, but there are two crucial pieces of the jigsaw that are missing.

First is a substantial budget allocation and the second is the appointment of the first Commissioner and their Deputies.

The Chair of the Interim ICAC Office Mr. Thomas Eluh has said the organization will need a staff of at least 82 people, and secure office premises, vehicles, computers, and IT systems, yet in 2022 his office was allocated only K5 million in funding.

Meanwhile, in February 2022, the positions of ICAC Commissioner and two Deputies were publicly advertised with a March deadline for applications.

Eight months later, there has been no announcement of who has been appointed or when they will take up their new roles.

The Prime Minister needs to avoid the fate of his predecessor, Peter O’Neill, who was ridiculed for his repeatedly broken promises to establish an Independent Commission Against Corruption.

People have learned that politicians should not be praised for their promises and can only be judged on their actions.

If the Budget does not include many millions in funding for the ICAC then the Prime Minister will have failed on his promise to the long-suffering people of PNG.